No. These are Demons. These things will rip out your heart and feed on it just to watch the light in your eyes flicker out. These are beings that will mislead you and get you to do things that kill you. These are the most evil, tricksy, mercurial beings in existence. Most of them want you to die... while they applaud. Summoning a Demon is a potentially life-threatening event you need to take very seriously. You'll have to learn rituals to protect yourself, and hope that you've done enough to not have your spine removed through your nose. Think 'Hello Kitty meets The Exorcist' or 'Dark Souls with bunnies'.

Fluttermind's Dene Carter is hard at work on his next game, the mysterious Bemuse. The game will combine roguelike elements such as procedural generation and permadetath with the core mechanic of summoning demons. Bemuse isn't combat focused, instead revolves the three ambitious gameplay principles. First is the world itself, rife with secrets and mystery such "scrawled symbols on trees that change with the phases of the moon, skulking creatures that come out at night to perform weird singsong rituals, brightly coloured clouds that wander across the world as if on the hunt and alter things they come into contact with, weather patterns, variable time-of-day, strange phases of the moon" and more. 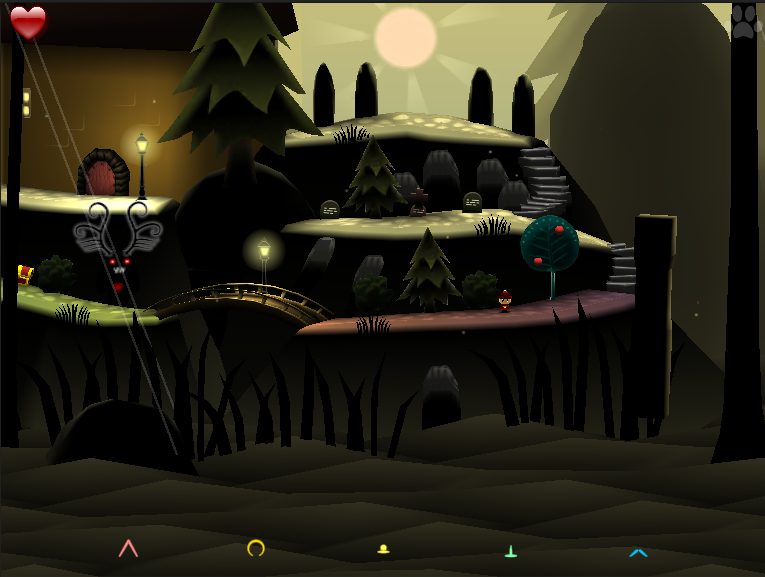 The other mechanics are focused on Demons and the rituals that summon and control them. Dene best describes the concept of Bemuse's Demons in this quote:


Demons, hidden everywhere, to be combated by understanding and manipulating both them and the world they inhabit via arcane rituals you learn about throughout play. Some rituals are lies. Be afraid. Be very afraid. Demons will swallow your soul. Demons will try to trick you.

Little else is know about Bemuse, but I'll be on the lookout for any new information and will update the article when more news becomes available. You can follow the game's development of Fluttermind's site here.
Posted by Unknown at 1:50 PM