Would it be hyperbole to say that Thumper is the most intense, most satisfying, and most draining test of reflexes since Super Hexagon? Much like Terry Cavanagh's infamously challenging arcade game, Thumper is equal parts simplicity and excess, easy-to-understand but challenging-to-master gameplay within a sensory overload of movement, color, and sound. If Super Hexagon was hypnotic in its shifting twisting geometric minimalism, then Thumper is 2001's mesmerizing mind@!%$ given metal life.
From the first section of its nine levels to its last hellish stage, Thumper hurls you into a kaleidoscopic tempest, your chrome beetle racing along twisting tracks and claustrophobic tunnels as eldritch beings of light and metal twist and unfurl within the void. It's a visual gut punch of an experience, that I can only imagine is enhanced to eye-bleeding levels in VR. But even with headphones and a regular screen, Thumper's intensity is peerless.

Imagine those classic inputs of a Guitar Hero or Rock Band - tap and hold to the beat at the right time - and you can grasp Thumper. Strip away the speed and visual chaos, and Thumper is as easy to understand as those games. Thump down on markers, turn and grind against the turns, hover over spikes and through rings. Even as more elements and nuances are introduced, the game remains a mechanically lean test of focus and reflex. 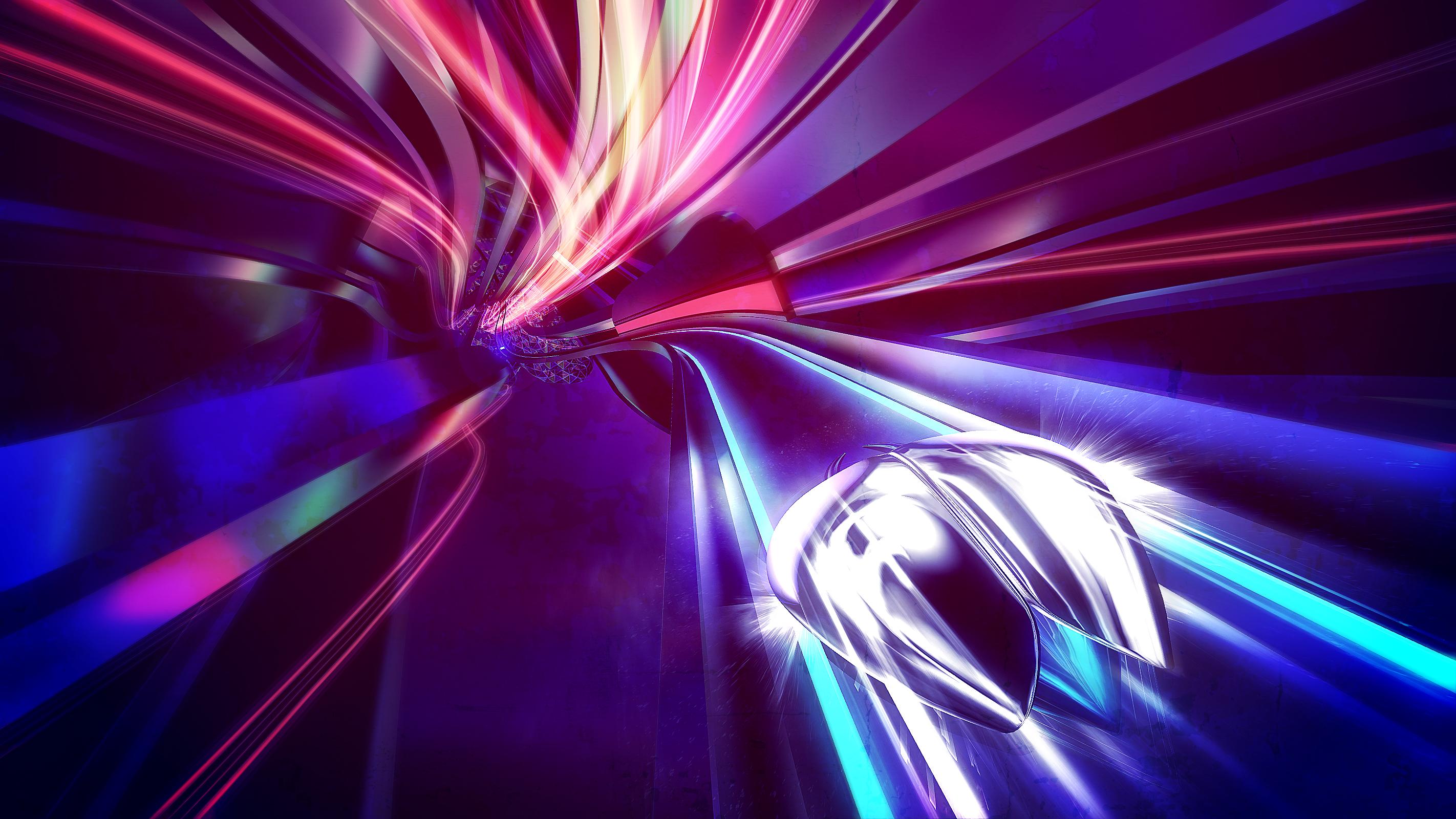 Success in Thumper is draining, exhausting, exhilarating. Like some cyberpunk birdcall, you answer the music's beat with every shockwave of your thumps and spraying sparks of grinds, until you're conditioned to react to each signal and tone with practiced skill. Success requires you to act on the fine line between focus and near-clairvoyant intuition, that zone and flow that the best in the genre let you enter.

Success in Thumper is tactile and physical in ways that few games can tout. You feel every thump, every slam into a turn, every missed beat. Your fingers hurt, you feel your heart thumping in your chest, your vision is locked on the road ahead, you twist and duck in sync with the serpentine track. Thumper is a chemical reaction in game form; every action has a reaction, that flares and explodes and flashes and shatters in response. 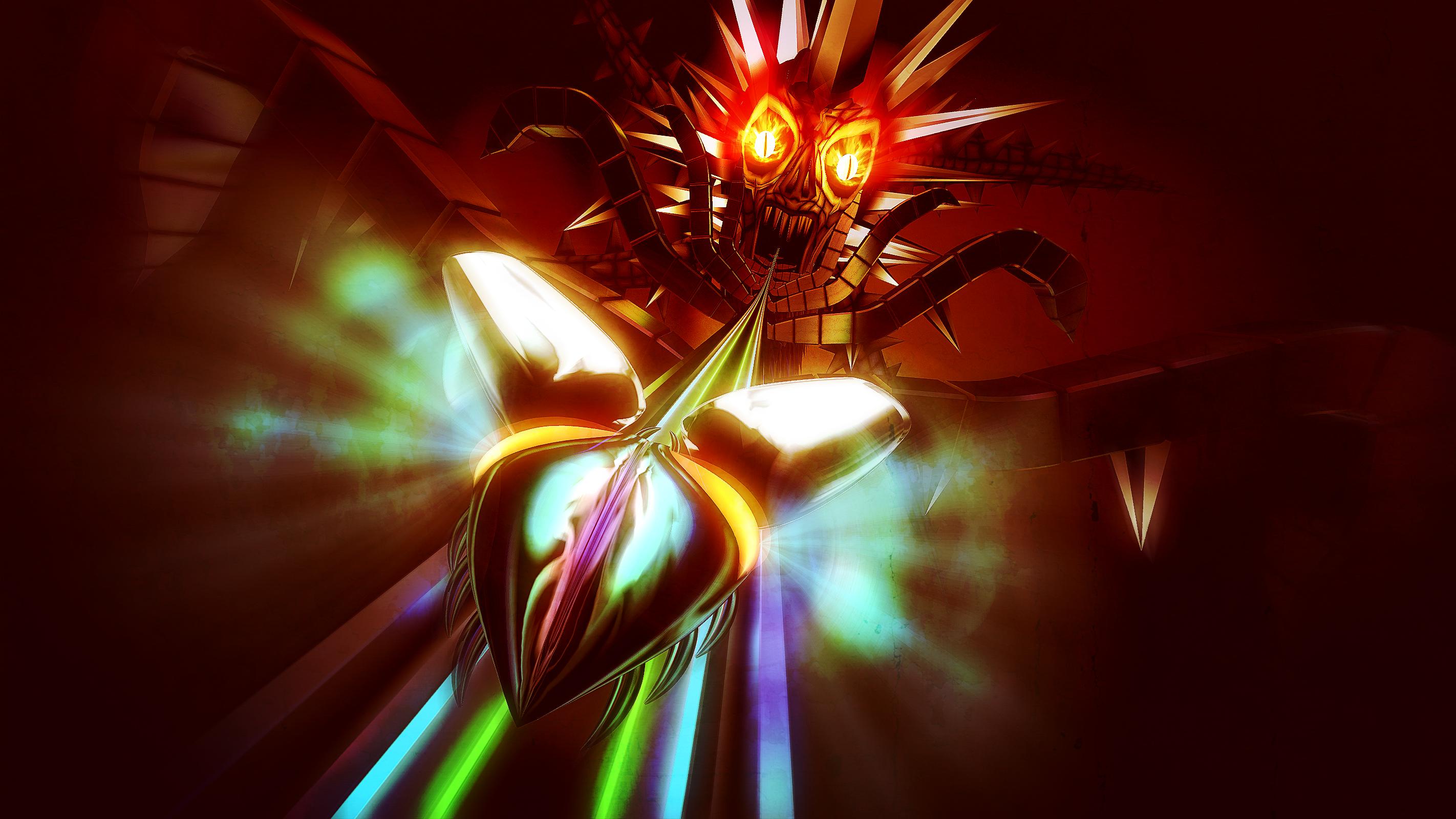 I've never been able to get into the music/rhythm genre. Even my favorite - Crypt of the Necrodancer - is enjoyed more for its clever roguelike design than its music game elements. But that's only a testament to Thumper's masterful design and audiovisual hellscape. It's one of those special games that can cross genre lines and even appeal to those who wouldn't normally be interested. Moving to the rhythm has never been this relentless and satisfying.

Thumper is available to purchase on Steam, Humble, itch.io, and Playstation.
Posted by Unknown at 7:28 PM