If you've played Fract OSC, it's a game you can probably recognize in an instant. Its low-poly, vibrant, cyberpunk-esque landscape was a unique world to explore, especially when brought to musical life. So seeing Fulcrum, you might get flashbacks. The slick aesthetic remains, now with colder wintry palette, as the game revolves around first-person snowboarding rather than music-driven puzzles.

This isn't SSX or Snow. While you're grinding along rails, speeding through passes, and flipping through the air, Fulcrum promises a slower more exploration-driven experience, as you chase evasive lights through the world. Each region loops, letting you gain a lay of the land and master its secret areas and enjoy the architecture, before moving onto another area.

Steep drops through angular boulders. Neon-lit caves that would fit nicely in Fract's world. Serpentine rails around obsidian ruins. Fulcrum offers both skillful challenge on obstacle-strewn descents and zen-paced exploration, measured at your pace as you travel across the terrain. Fluid movement, big jumps, and wind-whistling speed opens up a moveset that you tackle any of Fulcrum's abstract slopes.

Fulcrum is currently in development, with no release date slated at the moment. You can learn more about the game on its Tumblr and TIGSource devlog.
Posted by Unknown at 6:38 PM 2 comments:

No Money, No Problem: skorpulac

Developer: Strotch
Platforms: PC
Free
---
Skorpulac is a quick adrenaline shot of old-school action for the players who've conquered the likes of Volgarr and Odallus.

Wielding merely your spear, you leap and run through bleak ruined halls and caverns where dangerous oddities lurk. Fans of retro-style platformers will feel at home with Skorpulac's limited levels and precise action. Gauntlets of conveyor belts over deadly hazards and zapped by the rhythmic flashes of lasers. Deceptively trudging foes that lung forward with a devastating sword blow. Narrow platforms under the deadly aim of organic turrets. Skorpulac only offers a few levels, but each offers a finely-tuned challenge. 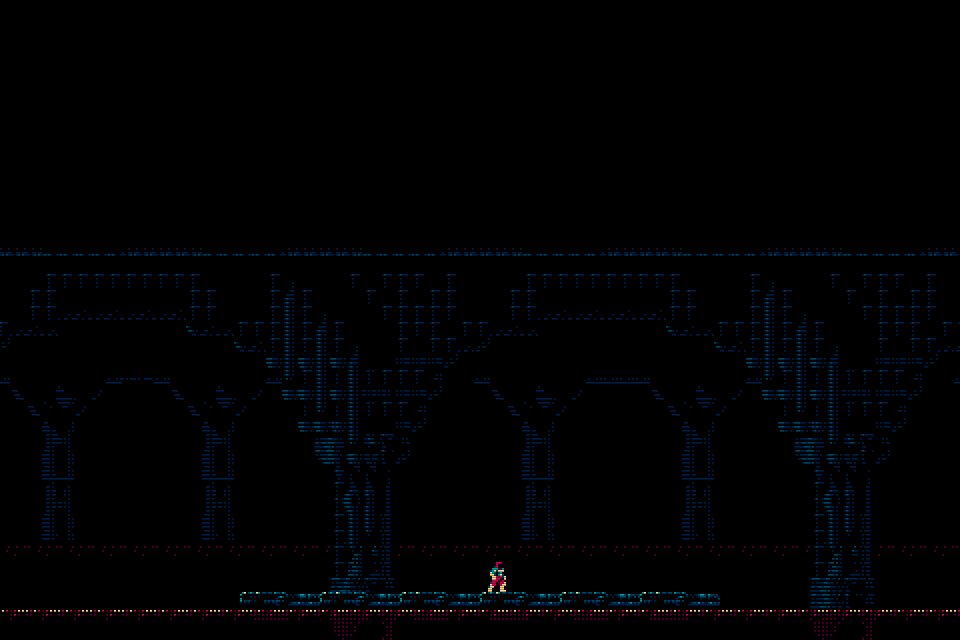 You can download Skorpulac from itch.io.
Posted by Unknown at 11:03 PM 9 comments:

Email ThisBlogThis!Share to TwitterShare to FacebookShare to Pinterest
Labels: No Money No Problem, PC, skorpulac

Title: House of the Dying Sun
Developer: Marauder Interactive
Platforms: PC
Price: $19.99
---
For a long time, years in fact, this game went by another name: Enemy Starfighter. A simpler name, without the "epic sci-fi opera" style of its current title, but perhaps a more apt description. House of the Dying Sun is all about destroying your enemies from the sleek low-poly cockpit of your Interceptor starfighter, a lean adrenaline rush of arcade-y space combat and fleet tactics
House of the Dying Sun's lean style is practically a breath of fresh air compared to the sprawling sims and strategy games often found in the space genre. A few lines of text tell you that your emperor is dead, the murderous traitors that usurped him rule now, and you are a loyal warrior exacting swift and brutal vengeance upon them and their people. That's all the narrative and motivation needed to drop you into combat scenarios, from assassinating lords in the blinding glow of an adjacent sun or destroying supply caches within a claustrophobic asteroid field.

From the mission map, you choose which of the game's 14 scenarios to tackle, each one divided between three difficulties that add more enemies and smarter AI tactics to outfight and outplan. Each mission features bonus objectives, and most reward you with new weapons or additional fighters and frigates to your personal fleet. The missions are never that long, and always imbued with the tension as you fear the inevitable announcement and countdown of the traitor flagship, a massively powerful brute of a  vessel that can wipe out your entire fleet. The looming threat of the flagship adds to the sense that you're a small loyalist rebellion against the much more powerful forces that overthrew your emperor.

No map to travel, no trading or hangars to buy a better fleet, no smaller jobs to build up your reputation. House of the Dying Sun understands that its strongest aspect is its combat, and streamlines the space shooter formula to make sure you're back into the interstellar dogfights as fast as possible.. And what wonderful combat that is. Warping into your chosen scenario, you can order your fleet from a tactical view, telling fighters to attack or defend, moving frigates around the map, while also being able to jump into the cockpit of any fighters you have. Once behind the flashy console cockpit, fleet-wide tactics take a backseat to the action, as you unleash homing missile and torpedoes, kinetic autocannons and flechette spreadshot. Holding a button lets you shift drift forward, maintaining velocity while rotating around, allowing for deft maneuvers and precise strafing runs.

But while House of the Dying Sun's combat nails the tight controls and dogfighting action, it wouldn't be nearly as satisfying without its stellar sound design. Personally, I argue the audio makes the game. The muted rumble and thuds of your weapons. The rasp of your oxygen mask. The tinny chatter of your wingmen, The mechanical whir when you reload or switch weapons. The sound design draws you into the combat, gives every action an immersive and atmospheric reaction. You feel powerful, you feel like a master pilot behind the cockpit among fellow warriors.

House of the Dying Sun is currently on Early Access; however, the main campaign and core features are finished and polished. An mode against escalating waves of enemies is planned for future updates. You can purchase the game on Steam and directly from the developer's site.
Posted by Unknown at 10:34 PM 3 comments: 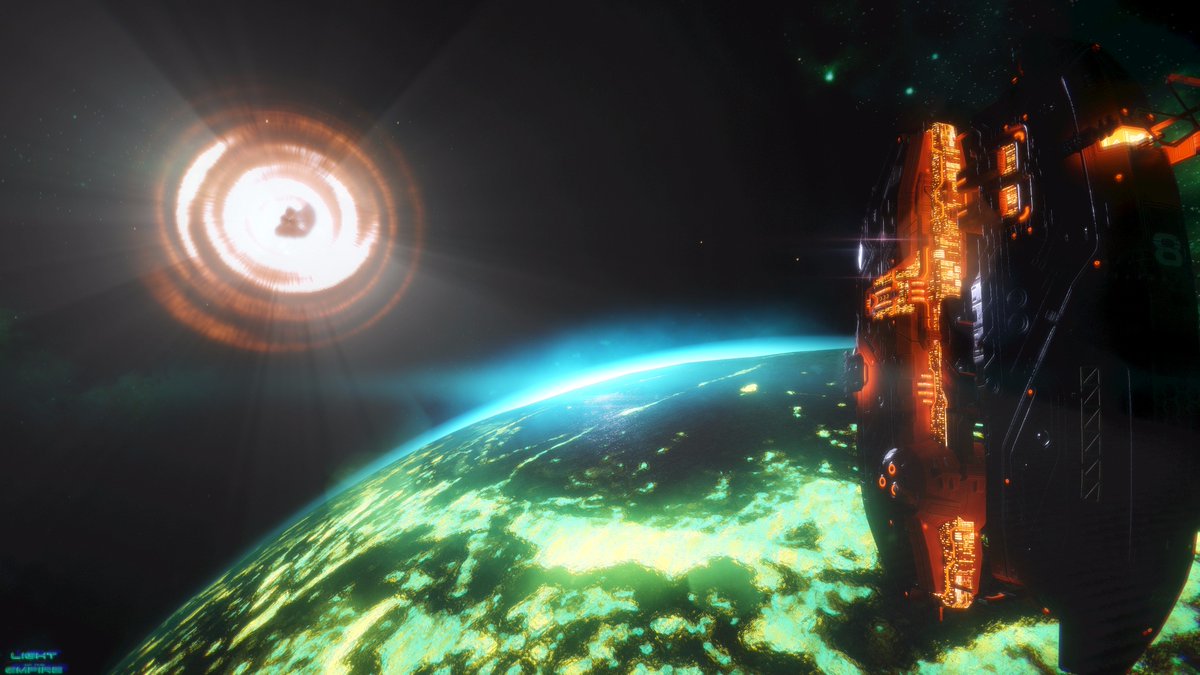 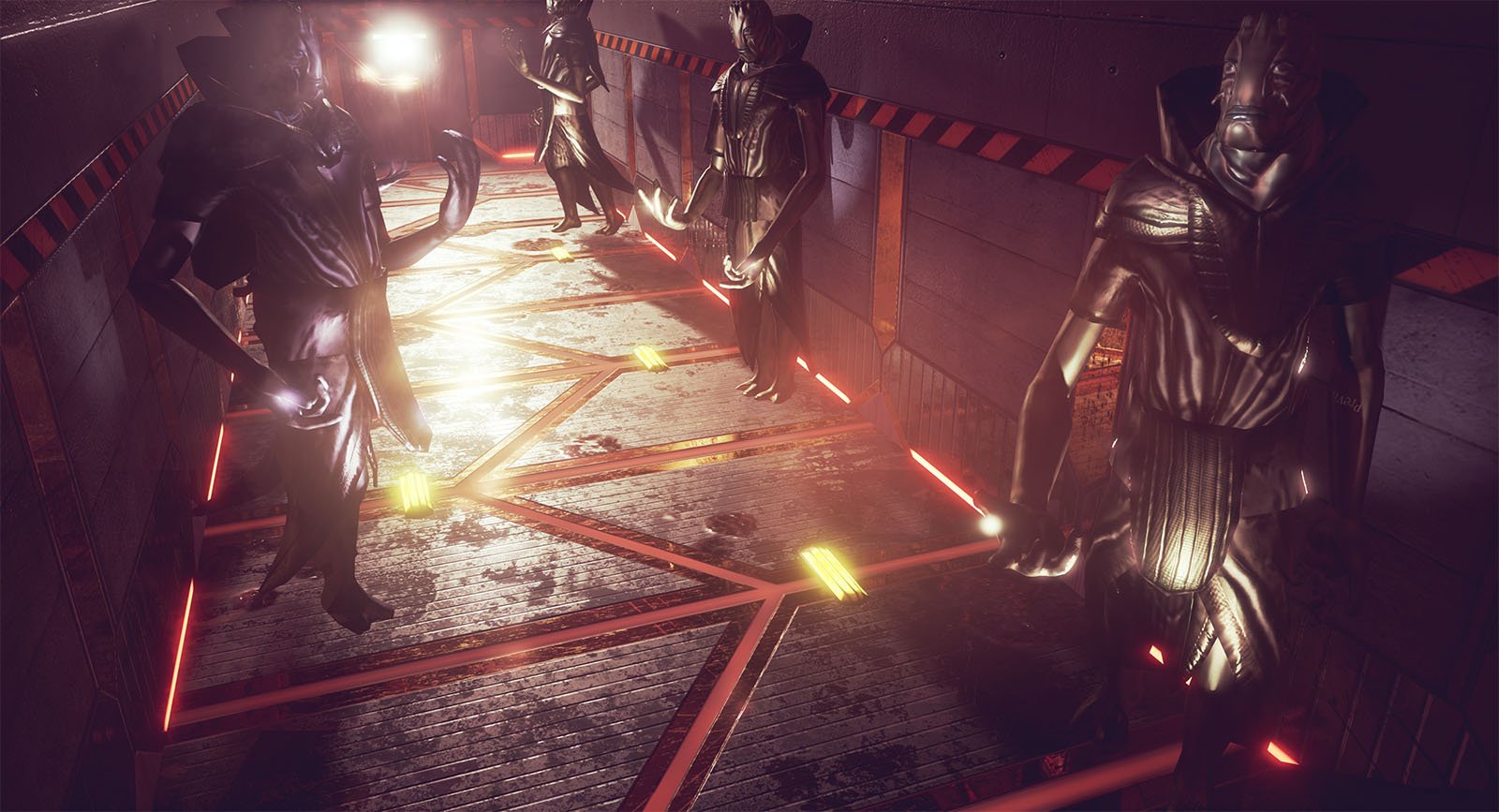 Title: Rimworld
Developer: Ludeon Studios
Platforms: PC, Mac, Linux
Coming to Steam in July
---
Three years ago when I wrote about Rimworld, it was still gathering backers on Kickstarter and seeking votes on Greenlight. So it's only appropriate that, when I come back to the game now, it's slated to come to Steam Early Access next month. Between then and now, Rimworld has evolved and expanded exponentially, growing into what is easily the closest we've gotten yet to a sci-fi Dwarf Fortress.
The basic idea of building a colony from scratch, and then expanding into a thriving settlement, remains the same, but it's grown and expanded in all directions. Colonists aren't just schedule-driven robots; they have emotions, and activities that bring them joy like sky gazing and mediation, and have opinions of each other.

Families extend from fathers and sisters and cousins and uncles, colonists can become couples and get married...and then divorced. Colonists are carpenters, or sculptors who past the time making artwork, or animal tamers with their favorite pets, or drunken narcissist, or doctors and hunters. They grow old, and their backs give out, or they fall ill with malaria, or they get badly burned in a raging fire and lose their legs (only to replace them with bionic prosthetics).

And all that happens in a dynamic world that doesn't wait for you to change and thrive. Predators and prey roam, both the animal kind and the human kind that raid your colony and perform devastating sieges. Time passes literally, seasons changing bringing downpours and feet of snow that has to be shovelled. With weather comes heatstroke and hypothermia and frostbite and spoiling food.

Thankfully with the right tech and gear, you can endure all of that, through clothing such as parkas or equipment like heaters. A vast arsenal lets you hunt roaming herds, and fend off attacks with mortars and rocket launchers. But even your best laid plans and tools might not prepare you for the long-lasing chill of a volcanic winter or the insanity-spreading psychic pulse of a crashed alien vessel. Survival in Rimworld is never easy.

Rimworld is expected to arrive on Steam Early Access in July, along with an new alpha update that adds a host of changes and, more importantly, a deep scenario creator that lets you edit everything from the traits your colonists might develop to what gear they start with and what random events might befall them.

You can purchase the alpha from the game's site and add Rimworld to your Steam wishlist here.
Posted by Unknown at 8:31 PM 1 comment:

Title: Mu Cartographer
Developer: Titouan Millet
Platforms: PC, Mac
Price: $5
---
Lumino City. Papers Please. The Room. Deadnaut. Disparate genres, atmosphere, stories, and gameplay, all linked by a singular concept: tactile interactivity. More than merely pressing buttons on your controller or keys on your keyboard, they present you with dials to turn, switches to flip, panels to activate, turning the means of interacting with the world into a puzzle in itself. Mu Cartographer is perhaps the epitome of that idea, where learning how to discover alien secrets and landscapes is as much a part of the game as the discovery and exploration.
Mu Cartographer doesn't explain much. A mysterious device, a form of scanning console, with a slice of landscape in the center. The two sides of the game - the flat digital panel of dials, meters, switches and the circular window into a mysterious world - are inexorably linked; interacting with the console is your means to explore, and exploring gradually unlocks new means to interact.

But first you have to understand how to use the device at hand. You'll undoubtedly start with cautious inquisitive interactions, dragging and clicking each button and dial to see what it manipulates and how changing them affects the manipulation, and gradually what is a cluster of odd symbols and icons becomes something you understand. How one dial lets you zoom in and out, or move your central porthole across the land, or rotate the world, or perhaps even alter the environment itself.

With each twist and press and drag, the landscape shifts, dropping into steep canyons or impossibly jagged peaks, vast plains or rugged terrain, colors and hues shifting from grayscale to the blooming reds and yellows and greens and blues akin to infrared imagery. The world mutates with the satisfying fluidity that brings to mind clouds in the wind or a disturbed pool of water or the cross-sections of an MRI.

Seeing how your actions influence the land is enjoyable on its own, and endlessly gorgeous, but Mu Cartographer isn't merely an interesting piece of interactive art. There are secrets to be found, signs of civilizations amid the vast landscape, and perhaps by mastering the console, you'll be able to uncover more than just how to make the world look pretty...

Mu Cartographer is at once a gorgeous piece of digital art, a tactile puzzle to learn and master, and an an alien enigma to explore and discover. You can purchase the game on itch.io.
Posted by Unknown at 8:39 PM 13 comments: