A game of aerospace industry and interplanetary exploration

Between Starbound, Elite: Dangerous, Evochron Legacy, and of course the upcoming No Man's Sky, those looking for procedurally-generated space exploration have a wealth of games to scratch that itch. Astroneer is another game to watch, promising gorgeous low-poly landscapes to explore and survive.

Alone or with friends, Astroneer's worlds will be a challenge to conquer. While there's no combat, there will be hazards, and often the greatest one is nature itself. Looming clouds of dust on the horizon mean a sandstorm is coming your way, bringing strong winds that can tear your structures apart. Unstable terrain can cave in as you dig underground. Acid rain and other inclement weather, as well as dangerous flora and fauna such as hungry sand worms entrenched in the dunes, make surviving in Astroneer a taxing endeavor.

But not an impossible endeavor: through research, crafting technology, and planning, your traveler will be able to brave the storms and other dangers. Guidelines and tethers help you not get lost as you explore and keep you from getting blow away by the storm gusts. Using terraforming technology, you can carve barriers and shelters from the deformable terrain and tunnel deep into a planet's depths.

Research is important not just for survival but for profit. You're not braving these conditions and dangers for fun, but to extract materials and make money. As you gather funds, new equipment becomes available, from rovers and trailers to crane-armed diggers and automated rail systems, to spacecraft that allow you to leave one world and travel to countless others. 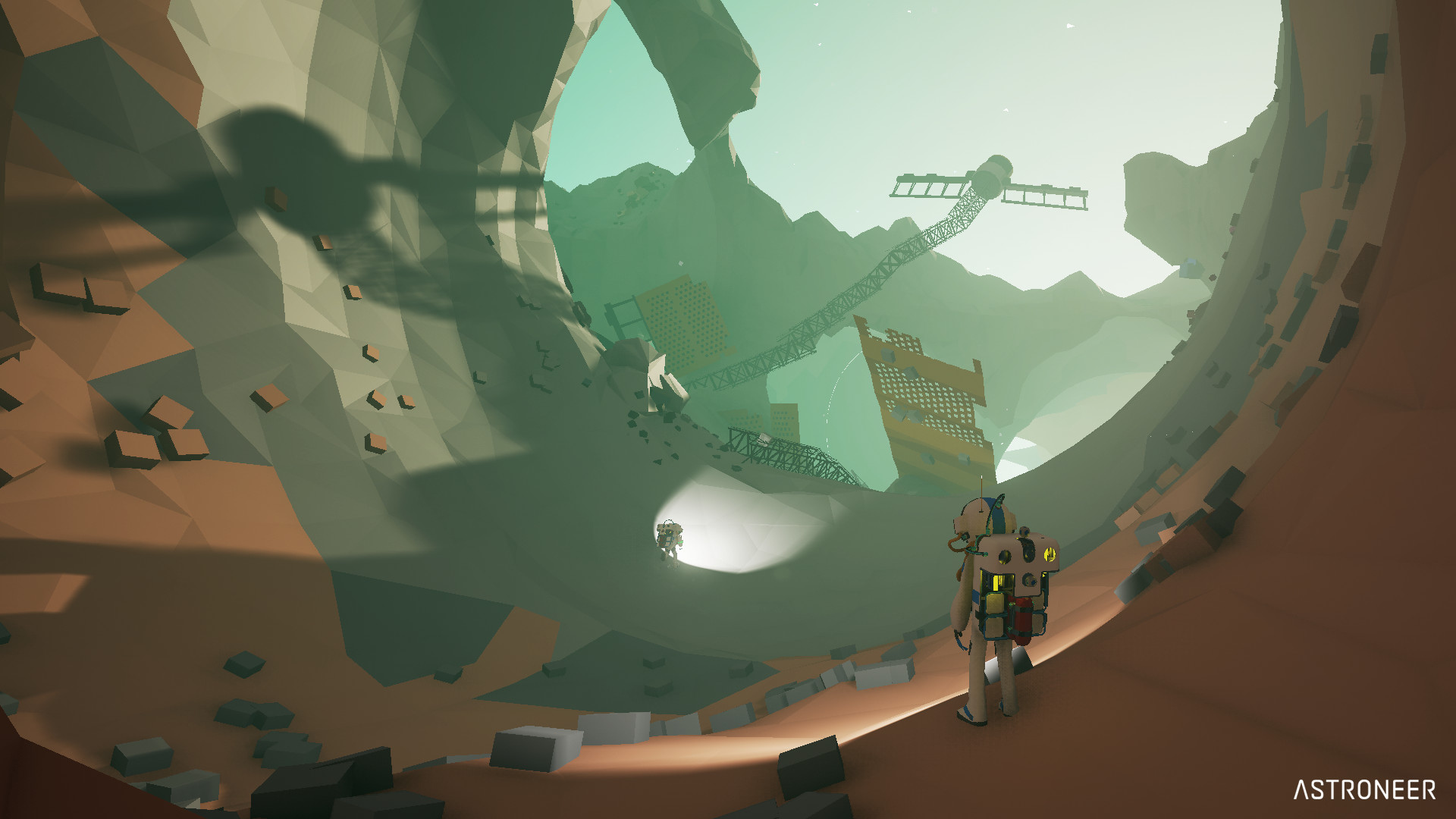 Astroneer is slated to release on Steam Early Access this fall. You can learn more about the game on its website and Twitter page.
Posted by Unknown at 8:50 PM 127 comments:

Email ThisBlogThis!Share to TwitterShare to FacebookShare to Pinterest
Labels: Astroneer, PC, The Watchlist

Developer: Anarteam
Platforms: PC, Xbox One
Price: $14.99
---
A quick glance at Anarcute, and one might assume it's some kind of RTS or strategy game. How else can you control and direct such a large crowd of rambunctious rioters, especially when the two other games in development about protesting mobs - RIOT and Okhlos - hewn to the tactical design. But Anarcute isn't like that; in fact, it's a breezy arcade-y action game that feels like part puzzle game, part shooter.
The set-up is simple: evil world-dominating corporation, police force in the city streets, take down the bad guys. That last part is where Anarcute shines. Starting as a single animal protestor, moving through each level's streets allows you to gather up others and grow your one-fox/frog/giraffe/etc-protest into a dozens-strong mob. The tight maze-like stages and pre-set enemies gives Anarcute the sense of a fast-paced puzzler; you need to choose the best approach through the streets, deciding which enemy and hazards to tackle in the best order to build your mob while losing the least amount of protestors. There's even a slight stealth aspect, as you avoid enemy line of sight until you have a large enough group to take them on.

Loosing protestors is something you want to avoid, because the size of your mob is more than just a visual effect. Your mob acts essentially as a ship in a shoot-em-up, each individual acting as a point of health and being to able to carry items as ammo. Early levels may just have you facing single cops and lasers, once rooftop snipers, armored foes with area-of-effect attacks, and rockets enter the mix, Anarcute becomes an evasive shooter. Using your mob's dash to dodge attacks, unleashing hailstorms of debris, charging up your shockwave to gain some breathing room. The game's mechanical bosses put those skills to the test.

The size of your mob also enables powerful abilities, from being able to knock buildings like an unsteady jenga tower or blast enemies back with a stomp to temporary invincibility and buffed attacks. These abilities tie into both the puzzle aspect and the action, as building your mob up to defeat well-guarded areas is key, as is keeping your larger mob alive with well-timed dodges and use of your abilities. Tokens earned through the campaign also unlocks perks and upgrades that can add a fiery touch to your stomp or allow thrown objects to bounce into additional enemies, among others.

While Anarcute isn't the most taxing game in terms of difficulty, it has enough moving parts - keeping your mob alive, assimilating more protesters, avoiding enemies until your mob is big enough, using abilities, dodging, attacking, and so on - to make it a reasonable challenge. The aesthetic may be colorful, cartoon-y, and vibrant, but Anarcute is surprisingly involved and briskly-paced beneath its veneer of cute animals. 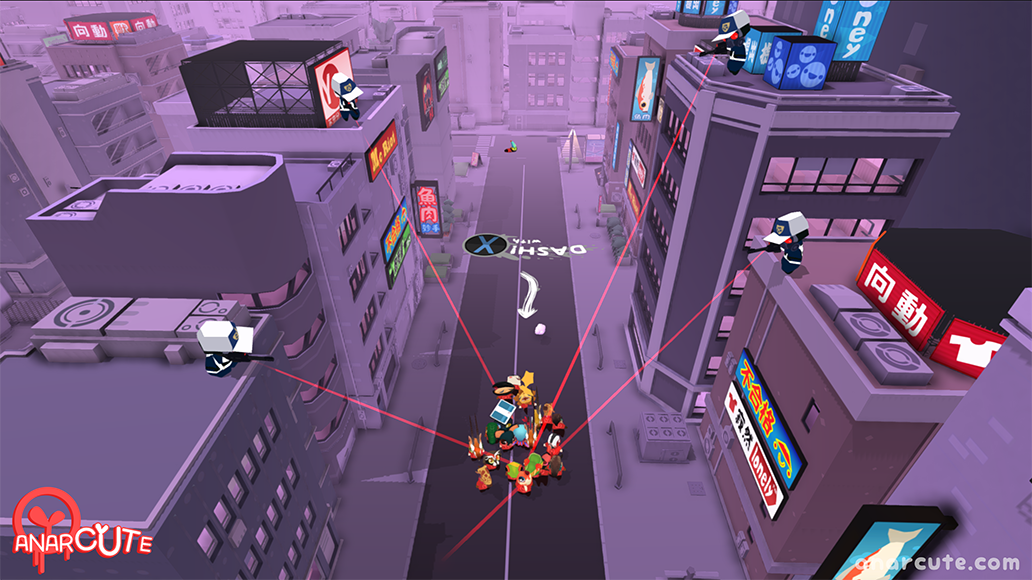 Anarcute is available on Steam, Humble Bundle, and Xbox One.
Posted by Unknown at 3:32 PM 2 comments:

Title: Broforce
Developer: Free Lives
Platforms: PC, Mac, Linux, PS4
Price: $14.99
---
It's been a few years since I last covered Broforce, so long that the game has since left Early Access and been expanded and updated in myriad ways. The most recent update grew the already diverse broster with three more heroes, building upon an already engaging foundation.
The quite fitting July 4th update introduced the fearsome trio of bros stylized after Bruce Lee, Dirty Harry, and Tank Girl. As usual, each adds their own unique strengths and attacks to your arsenal, from Lee's famous fighting skills to Tank Girl's own personal tank to obliterate mooks. Other post-release updates injected some electric action into the mix, with the combined power of Highlander and Mortal Kombat-alum Raiden. 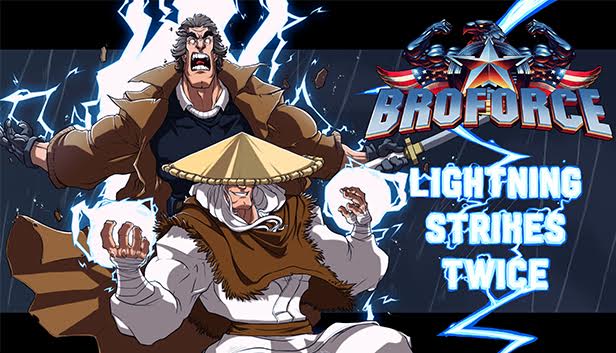 You can test your skills with these new bros, and the rest of the game's line-up, in new single-character Tactical Missions, and unleash powerful perks with useful Supply Drops that can boost your abilities or distract aliens, among others.

Broforce is available on Steam, Humble, and the Playstation Store.
Posted by Unknown at 5:50 PM 4 comments:

Title: Botlike
Developer: Binji Games
Botlike is a 2D-Sidescrolling Action Platformer with roguelike elements like permadeath and random level generation. You play as an old distinguished bot who is putting up the hopeless fight against the totalitarian regime of evil AI. Title: Eternal Desert
Developer: Karnak Arts
A third-person adventure game with platform and shooter elements. The game is set in ancient Egypt with numerous references to the myth of Horus and Seth. You will be living a surreal adventure under the sun of Egyptian desert and along the legendary Nile River. 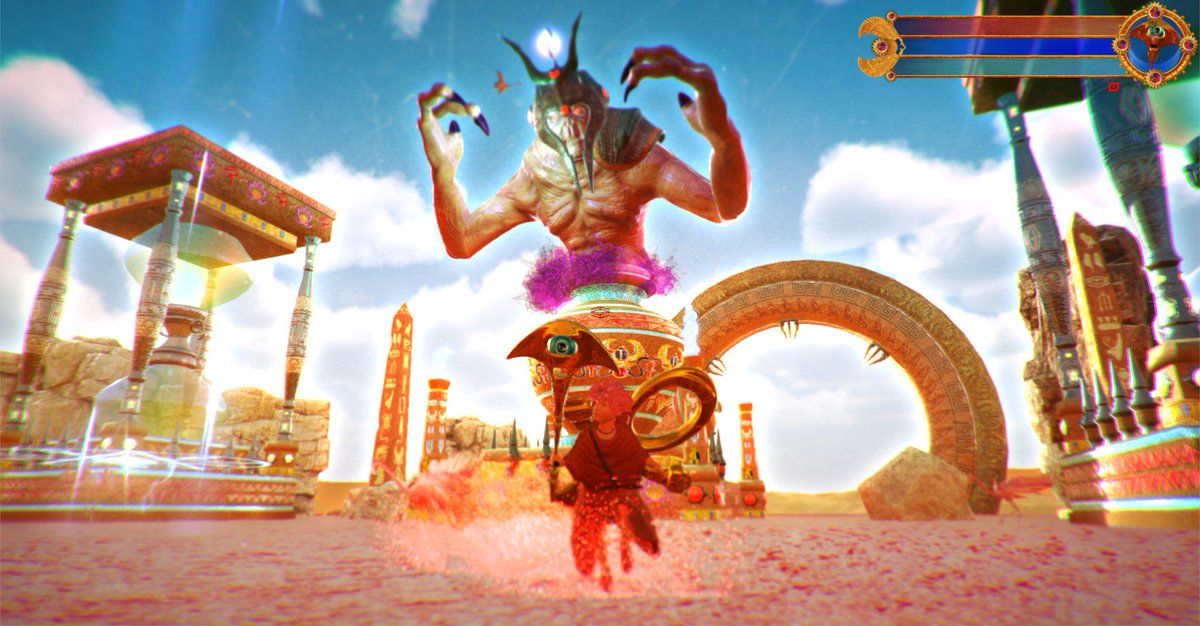 Title: Killer Robot Party
Developer: Fran Boot
Reports are coming in of Killer Robot battalions sweeping across the kingdom. They’re deadly, they ruin parties, and they’ll steal anything that isn’t bolted down. Use your longbow, magic potions and scavenged weapons to defend the Queen, and stop them from making it into the party at ALL COSTS. 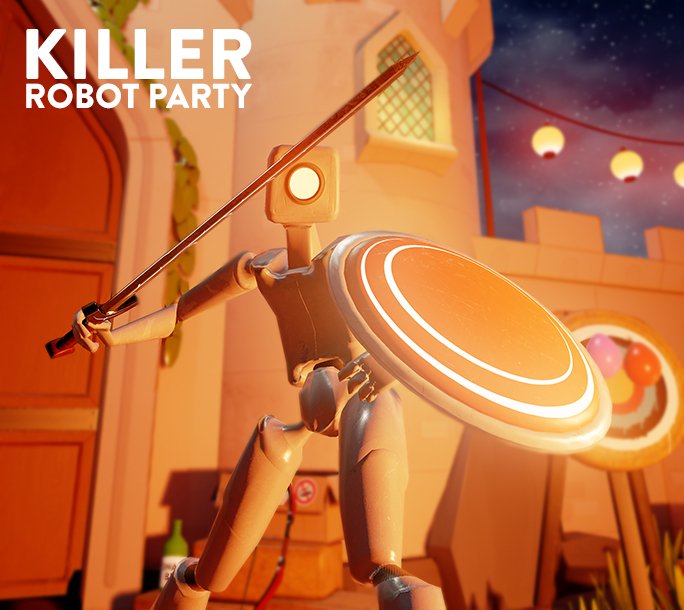 Posted by Unknown at 1:12 PM No comments:

Title: Expand
Developers: Chris Johnson & Chris Larkin
Platforms: PC, Mac, Linux
Price: $5.99
---
There are only a few games that I've played that would merit the description of "hypnotic". SpaceChem and Factorio are on that list, watching your carefully crafting assembly line shift and spin and intersect and interact in perfectly synchronized loops. The artful combat of Dust, as you cleave the air with your blade and leave trails of mystic energy in your wake or twist it into screen-clearing vortexes. The lines of sound emanating from your footsteps in Dark Echo, as they criss-cross and ricochet in colored patterns through the darkness. And now Expand makes a excellent case for its inclusion.
Expand is at once both an exercise in simplicity and complexity. From a small palette of white, black, red, and pink merges a seamless flowing experience, a shifting world flowering from a central core, a maze of negative space. Expand's world is bound to the confines of the screen, instead morphing dynamically between levels and areas, A path may emerge in sync with your movement, or a black or red block might shove its way through the screen, or the screen may recede and retreat into corridors and openings. It's gorgeous to watch in motion, always a joy to wait in anticipation for a new level to reveal itself.

But despite its minimalist appearance, Expand isn't a calm game. In fact, it's one of timing and evasion, akin to a slower-paced Super Hexagon. Your pink square must brave five stages, each a seamless gauntlet of moving obstacles and complex patterns of deadly red hazards. These stages can be tackled in any order, introducing new mechanics and interesting twists on established elements as you progress. While all revolve around carefully dodging dangers and timing your movement with the level architecture, some lean more towards puzzles, challenging you to consider the link between your movement and how a level changes, or featuring buttons and switches to activate. Elaborate screen-shifting "bosses" are true tests of your evasive prowess. 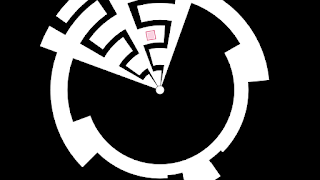 Expand isn't a long game, but it is a consistently surprising and engaging one. Come for the hypnotic nature of its art and unfolding world, but stay for the challenge and clever level design.

Expand is available on Steam, Humble, and itch.io.
Posted by Unknown at 9:07 PM 17 comments: