Title: Instantion
Developer: Travis Fincaryk
Platforms: IOS Universal
Price: $1.99
---
Let's get this out of the way first: Instantion is obviously inspired by The Swapper. They share a similar mechanic, shooting out clones that mimic your movements. But as far as I can tell, Instantion is the only game like this on IOS, and with its stylized graphics and other mechanics, Instantion stands out as a challenging puzzle platformer worth your time and brain power.
If there's one thing Instantion should be commended for, it's that the game doesn't waste time in regards to difficulty. Some games will spend a dozen levels easing you into the gameplay, a drip feed of easy tutorial levels. Three levels into Instantion (out of 50), I already found myself pausing to assess puzzles and considering how to approach them. The mechanics themselves are simple: move, jump, Angry Birds-esque controls to fire your clones, buttons to stand on, switches to toggle, lasers to avoid. Teleporters, gravity fields, and movable objects are soon introduced. But in conjunction, these elements combine to create a fun puzzle game where you must think to succeed. Timing, precise clone placement, unorthodox use of spaces and ledges and overhangs to maneuver clones, all these aspects come into play. In fact, it's quite easy to inadvertently trap yourself and have to reset if you don't plan ahead. 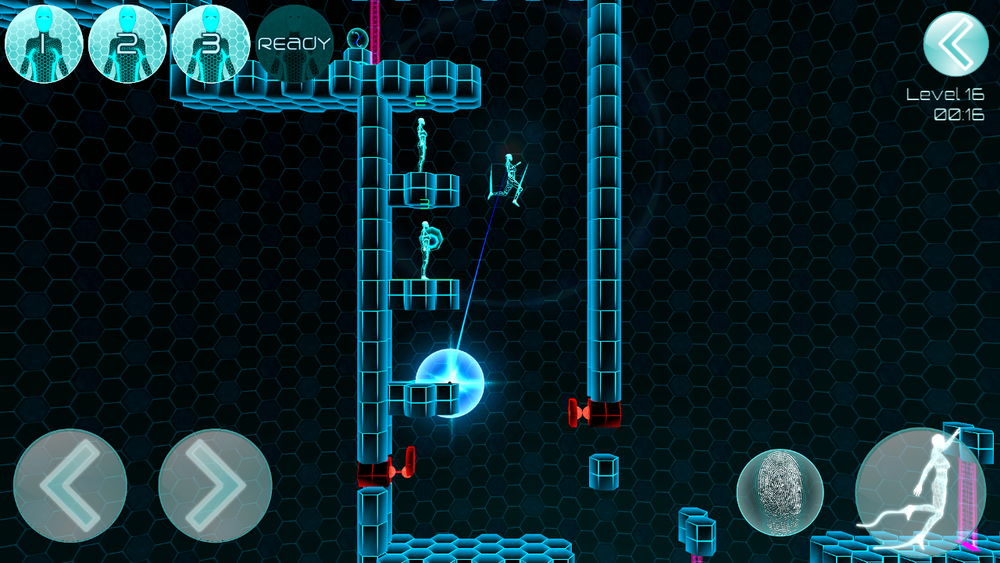 If the game isn't enough of a challenge for you, two more modes are available: a hard mode that limits the number of clone you can use and an even harder permadeath mode. You're also ranked each level for speed, deaths, and amount of clones used. The Swapper isn't likely coming to IOS any time soon, but Instantion is a worthy substitute if you're looking for some challenging clone-heavy puzzle platforming on the go.