The Watchlist: Death Road to Canada 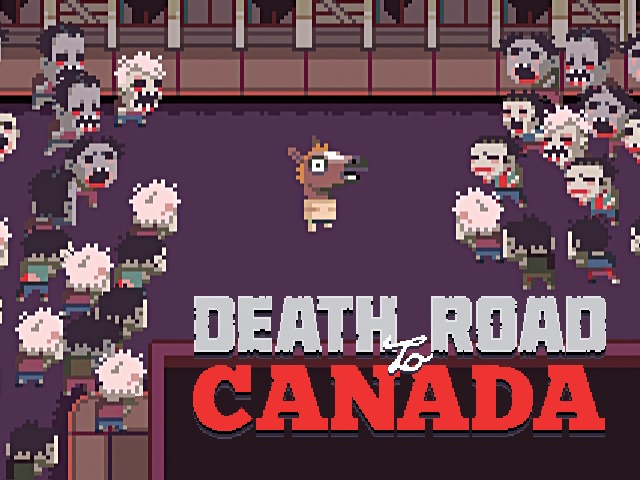 Rocketcat is the developer behind acclaimed mobile games Punch Quest, Mage Gauntlet, Hook Worlds, Super QuickHook, and Hook Champ and now they've revealed their most ambitious game yet. Described as a "Randomized Permadeath Road Trip Simulator", Death Road to Canada follows your group of survivors through a zombie ravaged America.
Gameplay will be a mix of roguelike elements, exploration, group management, and Choose Your Adventure-style choices and events. Zombies may be slow but they attack in overwhelming numbers so stealth and distractions are key to surviving. Every character and every town is randomly generated and permadeath will add tension to every action. Other planned features include:

Death Road to Canada is set for a late 2013 release. You can back the game on Kickstarter or vote for it on Steam Greenlight.
Posted by Unknown at 6:31 PM