Valzar is an action platformer with roguelike elements. A randomized world of humanlike enemies, grumpy gods, magic fruit, and mistakes.

Valzar immediately hooked me with its visuals. It's true that pixel artstyles are quite prevalent recently (and that's not a bad thing), but Valzar's weird enemy designs, vibrant color palette, and hectic display of magic attacks and flying blood makes for a intriguing compelling look. You play as a young girl, traveling across a vast world, fighting dangerous enemies and worshiping powerful gods. After equipping your preferred attacks and weapon from a varied selection of spells and equipment, you venture out into this dangerous world. Valzar is set up differently than other roguelike platformers; rather than your usual progression from area to area, you're presented with a map to explore as you see fit, each section of the grid offering a new level to fight through.

Thankfully, Valzar's gameplay is as equally polished as its visuals. Aside from the spells and weapons you can equip, there's a large array of items and perk slots that can adjust your playstyle. Headgear and auras, fruits and potions, pets, class, all can boost different stats or provide the player unique abilities. Deities discovered throughout the map can be worshiped to increase certain stats and be rewarded with gifts. Outfitted with all these augmentations and special gear, the player is thrust into hectic fast-paced combat against surprisingly smart enemies. You won't find any calm planning here; you'll need to evade deadly projectiles and enemies while landing strikes of your own. The enemies are just as well equipped as you, with the same magic and weapons, and can even adapt to your tactics. Fond of leaping over an enemy's head and attacking from behind? Don't be surprised if that enemy intercepts your jump and attacks you in mid-air 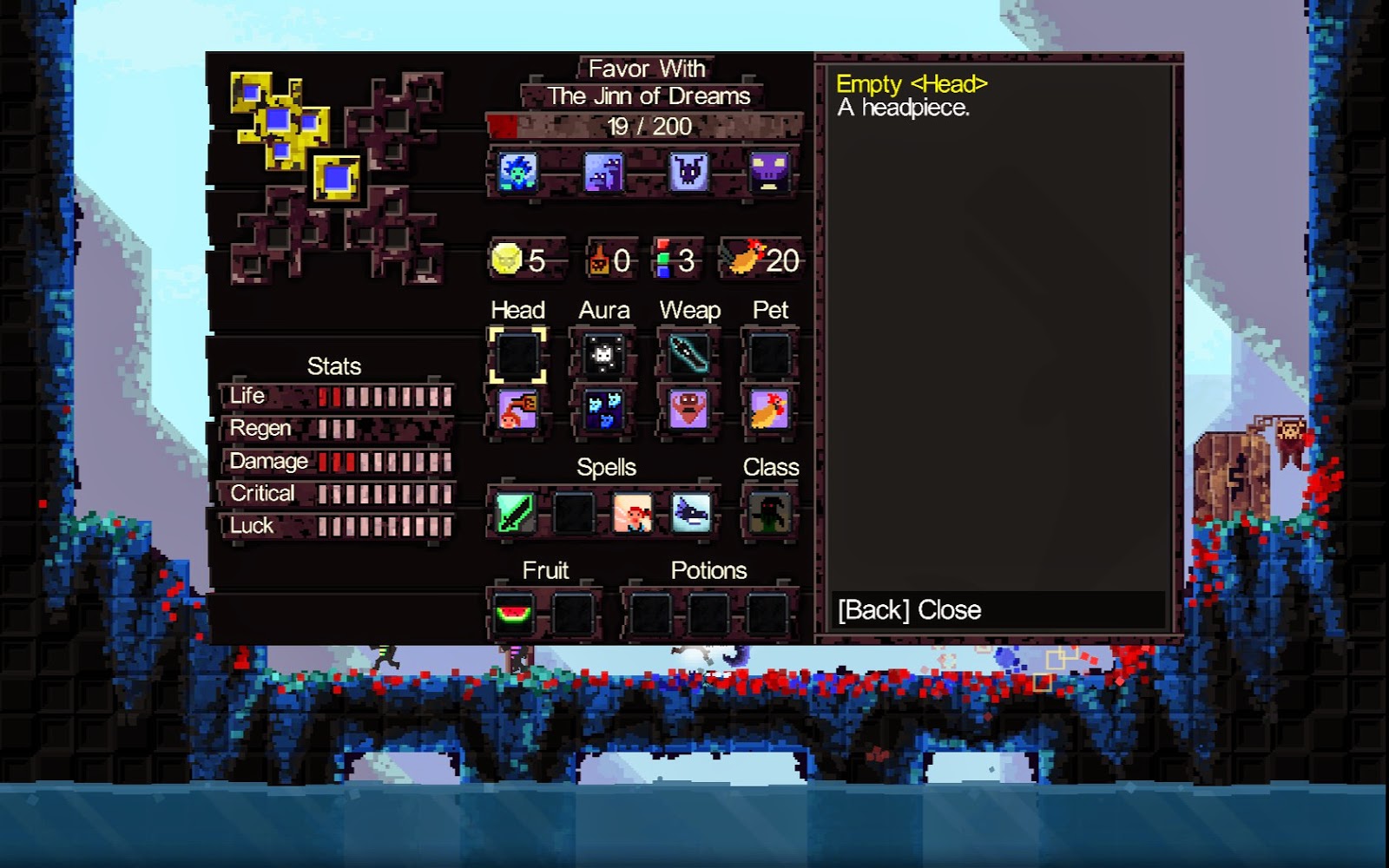 Valzar combines challenging fast-paced combat with a sense of exploration in its weird colorful world. You can learn about this roguelike platformer on its official site and vote for the game on Steam Greenlight.
Posted by Unknown at 12:10 AM