Ashen is a 3rd person, action RPG about forging relationships. Players can choose to guide those they trust to their camp, encouraging them to rest at the fire and perhaps remain. People you meet out in the world will have unique skills and crafting abilities to bolster your chances of survival. Together, you might just stand a chance.

For many games, I remain on the fence until I learn more (which is probably a safe route to go). But then there are others that hook me at a glance, games that I know I absolutely need to play. Maybe it's the game's description or its concept, or some intriguing mechanic. Sometimes it's a single image. Ashen is in that latter category. One look at the bleak windswept plains, the pale air tinged grey with ash, the low-poly art style, I knew this was a world I needed to explore. 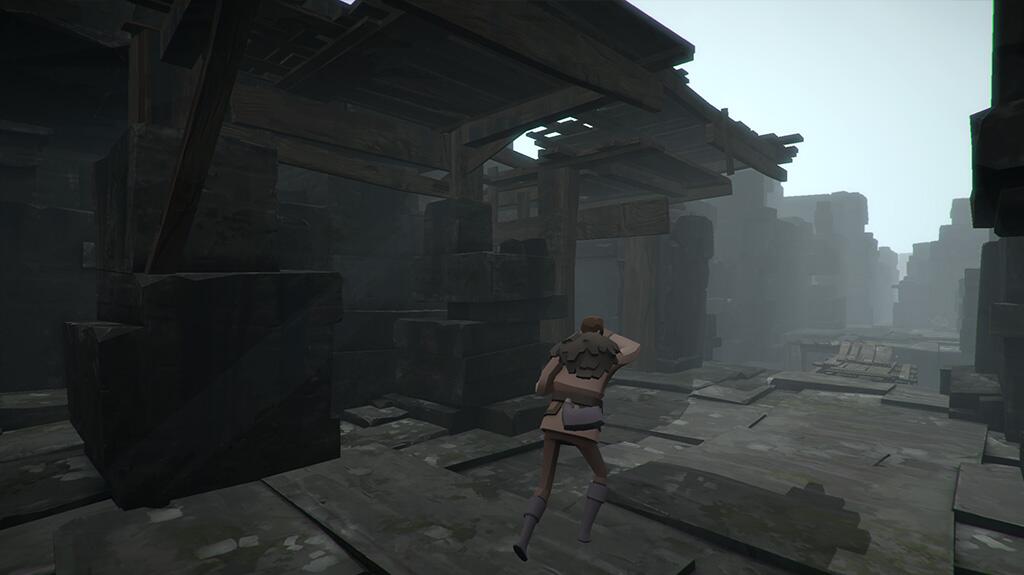 In development for the past seven months, Ashen is set in a world hanging on by a thread. The sun is gone, forever concealed behind the thick clouds of ash that clog the sky, the only light from volcanic eruptions in the distance. It's a ruined world, and you're a lone wanderer just trying to survive its many dangers. Bandits and beasts; cannibals, giants, and creatures lurking in the dark; the environment itself all are threats found throughout Ashen's expansive world. Similar to the Souls series, combat is a high risk endeavor, perhaps not even your best or first choice.

However, while you may be a lone warrior at the start, you won't be alone. Taking inspirations from Journey, Ashen is built around a passive multiplayer system, where players seamlessly enter your world sans lobbies or menus. Alone, survival is a bleak difficult prospect, but together, you just might thrive. Forging relationships is a key aspect of Ashen. Work together, roam the wastes, help each other against foes, or set out on your own. There are quests and areas where cooperating with others is needed to succeed. Even once you leave a player's world, you leave your mark on their game, by persisting as an NPC that remains in that player's town. Ashen won't forget the solo player either; if multiplayer isn't your thing, the developers plan to make the game fully playable offline in single player, with AI-controlled NPCs taking the place of other players.

Ashen is still early in development, with no release time frame. The developers are planning a Kickstarter for late this year or early 2015. You can learn more about Ashen here.
Posted by Unknown at 11:45 AM