Title: Shadow Blade Reload
Developer: Dead Mage
Platforms: PC, Mac
Price: $9.99
---
I posted my thoughts on the original IOS version of Shadow Blade back in January, and the game did not disappoint. The challenging gameplay, the fluid animations, colorful and wonderfully-designed leves made Shadow Blade one of my favorite platformers on mobile. Now Shadow Blade has made its way to PC, and thanks to numerous tweaks, upgrades, and additions, it's easily the definite version of the game.
If you've played Shadow Blade here, you know what to expect here. It's the same game you remember, a fast paced platformer with a light stealth elements, evading hazards as you time attacks against your enemies so your monument isn't broken. It's the new elements that make this the best version of Shadow Blade. I thought the touch controls were good for the game, but it controls so much better on PC. The visuals look like they've been improved, brighter, with more details; the entire menu and interface has been revamped and redone. You're armed with shuriken now, allowing you to kill enemies from a distance. The more important addition is an inclusion of an editor that allows you to create and share levels, meaning there's no need in sight for this agile ninja. 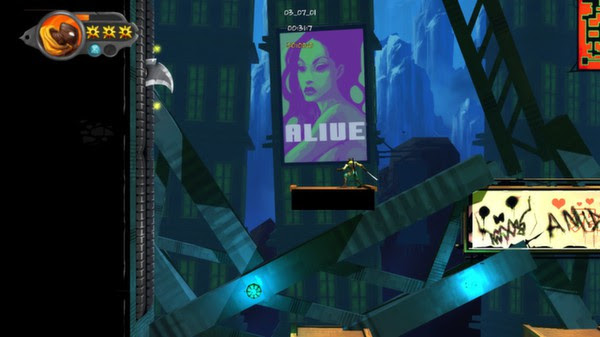 Future update will futher enhance the game with new levels, new difficulties and modes, new music, and Steam Workshop support. As it stands, Shadow Blade is very playble, with nice visuals and solid controls. You can purchase Shadow Blade Reload on Steam.
Posted by Unknown at 9:23 AM