Title: Catacomb Kids
Developer: Fourbit Friday
Platforms: PC, Mac
Still in alpha, Early Access planned, tentative early 2015 release
---
I wrote about Catacomb Kids back in January. The roguelike platformer impressed with its fun gameplay and reactive world. Six months later, Catacomb Kids remains just as fun and intense, and the games makes steady progress towards a public alpha release.
Alpha 0.0.3 was released recently to Kickstarter backers, offering a wealth of changes and additions. The most game-changing feature is footwear. Stone Boots allows you to crush enemies from above but cause you to sink in water. Sandals of Blazing set enemies on fire; other shoes can grant you the ability to walk on water or accelerate the movement. This new category gear gives you new ways to approach situations and defeat your enemies. Along with footwear, the recent update added new magic that grants you mastery over time and deadly new enemies. Character portraits and leveling up have been revamped and a multitude of tweaks offer a refined experience. 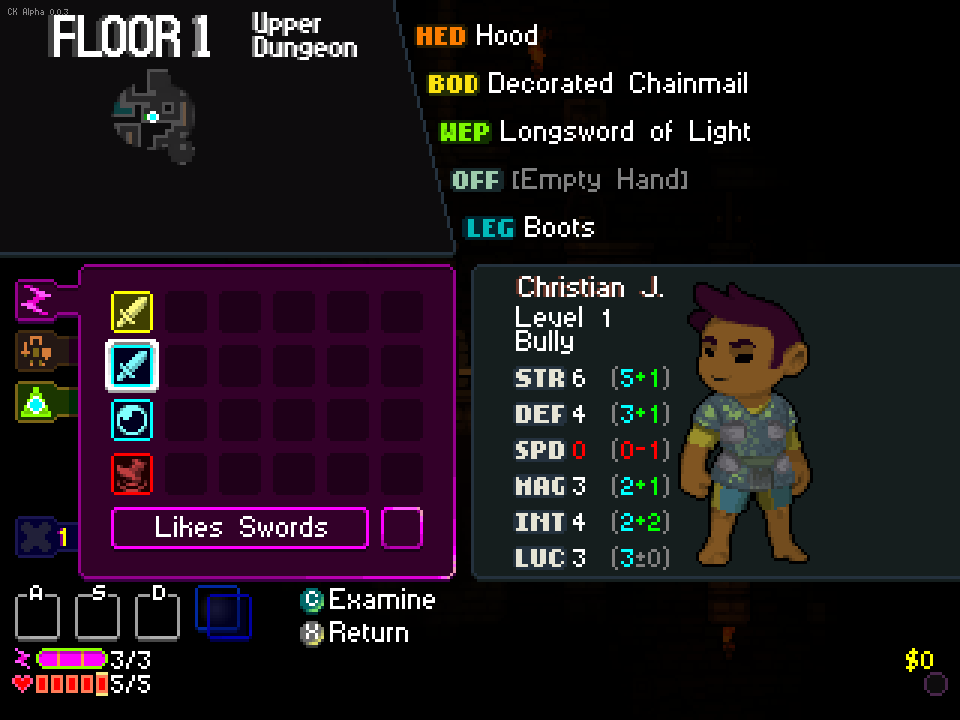 Catacomb Kids still has a long way to go before completion; the developer is hard at work creating the new Anticropolis area. Future plans include co-op, mercenaries/companions for hire, new classes, devastating new enemies like mages, new weapons and gear such as wands, bows, and hammers, and of course new levels, secret areas, and powerful major and minor bosses.
Posted by Unknown at 2:59 PM