The Watchlist: Dragons of Elanthia


Dragons of Elanthia is a fast-paced and high-flying multiplayer shooter that puts you in control of a powerful and ancient dragon! Set in a world wracked by uncontrolled magic, the game features an ever-expanding roster of dragons and riders.

The upcoming Dragons of Elanthia promises to take intense multplayer combat to the skies as you battles others upon the ultimate mount: massive weaponized dragons. From the rumbling innards of an active volcano to the massive caverns and towering forests, you'll be able to choose from a variety of riders and dragons, team up, and fight sprawling aerial warfare where danger can strike from any angle. Evasive maneuvers and skilled use of unique abilities and upgrades (ranging from health buffs to area-clearing shockwaves and defensive shields) are a must, with each battle becoming a hectic array of magic spells, explosions, and swooping dragons. Multiplayer modes will range from simple deathmatch to siege, in which one team must defend their castle base from the opposing team. 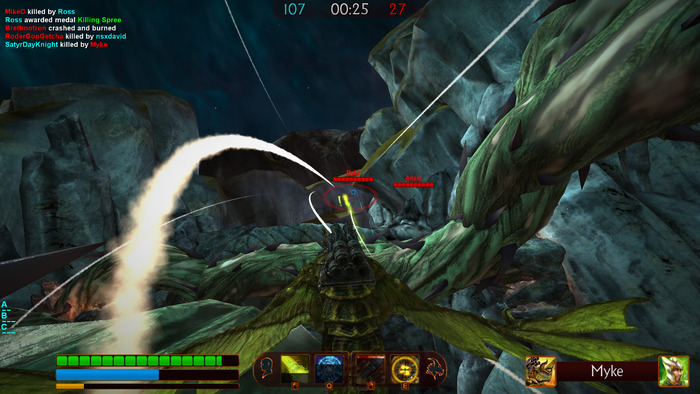 Dragons of Elanthia will be free to play, and launches in December. You can support the game on Kickstarter, and vote for it on Steam Greenlight.
Posted by Unknown at 3:24 PM