EDGAR is a 2D adventure platformer starring the father of Gothic poetry, Edgar Allan Poe. Fight monsters and get loot as you chase Jack the Ripper through an alternate version of Victorian London. EDGAR is currently being developed in Unity3D by a small of team of developers. The goal of EDGAR is to create a 2D lootfest with heavy influences from Gothic literature, while combining it with imaginative gameplay and quirky customization. Bram Stoker's Dracula, and over a dozen other literary classics will have deep-rooted places within the plot of EDGAR, giving players a chance to get a "feel" for the Victorian era, even when the game is presented in a fantastical manner.

If it wasn't apparent from the title, in Edgar, you play as the famous author Edgar Allen Poe. But don't expect to spend your days writing manuscripts; Jack The Ripper has taken your wife, leading you on a chase across the supernatural world of Victorian London and Gothic fiction. From London's lamp-lit streets to its waste-filled sewers, from the White City of 1893's World Fair to the colorful but dangerous Witching Woods, you'll explore a fantastical landscape where Teddy Roosevelt, Dracula, and others all roam. 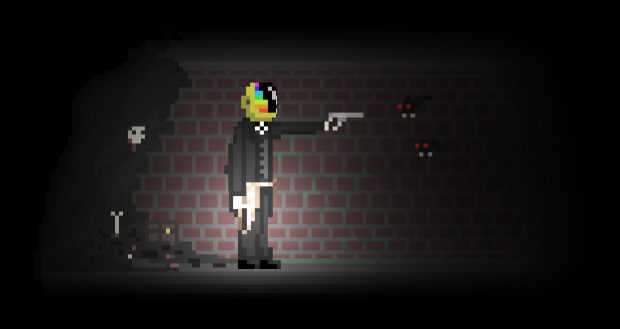 But to combat the wolves, bats, mechanical monstrosities, blood-weeping moose, plague victims, and myriad other enemies, you'll need weapons and loot and Edgar promises not to disappoint in that category. You can wield a number of different weapons, ranging from melee weapons to Tesla-created firearms, rifles, and pistols. The loot is even better; you'll be able to equip everything from a silly shark suit to a Draft Punk-style helmet and Centurion armor. Some gear even provides special abilities, such a wolf armor set that transforms Poe into a menacing direwolf. Puzzles will also be present, some which will require two players to solve. (You'll be able to play co-cooperatively alongside Jules Verne.)

Edgar is still deep in development, but what's already created seems extremely promising. The developer has also mentioned that there will be a Kickstarter. You can follow Edgar's progress on the game's TIGForum devblog as well as the developer's site.
Posted by Unknown at 12:30 PM