A nuclear armageddon is no one’s dream scenario. So choose your steps carefully, it’s a small path between war and peace. FIRST STRIKE is a great strategy simulation featuring snappy gameplay and an intuitive interface that makes dropping the big one as easy as ABC. But be sure to take the right measures to guarantee your people’s safety.

Put simply, First Strike is Defcon for the mobile gamer. Where Defcon lifted its inspiration from WarGame's aesthetic, First Strike's nuclear warfare is conducted on a slick 3D globe, with your tactical strikes arcing through space. It's an experience built for mobile, with a touch friendly interface allowing you to rotate and manipulate the planet with your fingers. But aside from First Strike's stylish looks, it also promises to be a challenging strategic game, offering  ten minute rounds as you research new technology and plan new strategies from expanding and conquering neighboring nations to performing recon on your enemy's resources and actions. According to the developers, this time limit put the focus on observation and fast-paced tactics and means a wrong decision could easily and quickly throw off your strategies 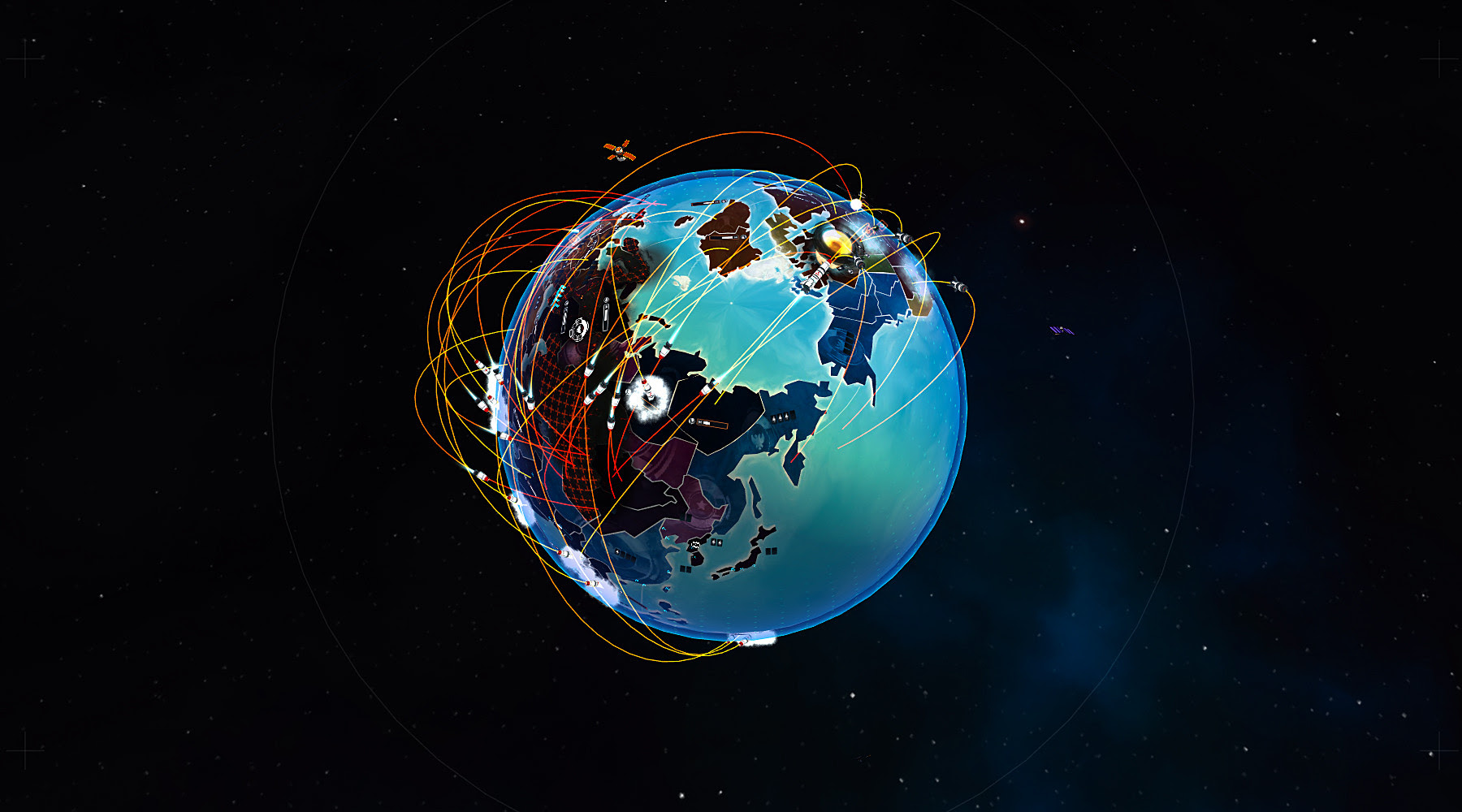 First Strike will be released mid-March on iPad and Android. You can learn more on the official site.
Posted by Unknown at 5:19 PM