Title: Maverick Bird, Flappybalt
Developers: Terry Cavanagh, Adam Saltsman
Platforms: Browser
---
Flappy Bird needs no introduction. Both the game's rise, the media and public response, its subsequent removal, and the myriad clones that flooded the App Store in its wake has been the source of discussion and debate for days. To support developer Dong Nguyen , a Flappy Jam was started and all the dozens of games that have been submitted, I think these two stand out the most. It helps that they're from the creators of Super Hexagon and Canabalt. 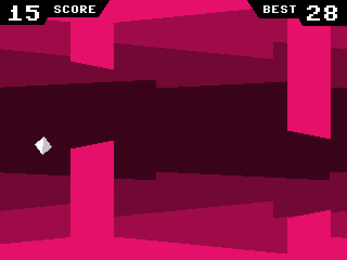 Cavanagh's Maverick Bird takes the aesthetic, creativity, and awesome music of his biggest hit and molds those elements into a new Flappy-inspired reflex action game. The controls are simple: up to flap, down to dive. The physics are spot on and controls are tight, the music has the kind of beat that just drives you and easily lets you get into the zone. The gameplay is simple yet has some complexity due to the ability to dive, which allows for obstacles not possible in similar games. It's just all its elements in sync delivering some top notch quality twitch gameplay. 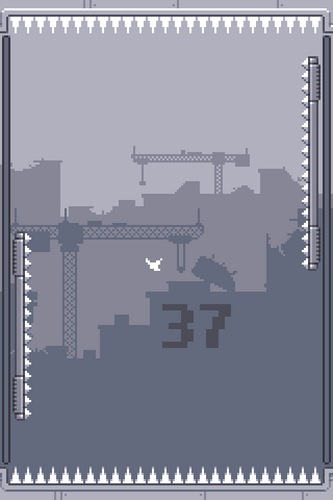 Similarly, Saltsman's Flappybalt puts you in control of one of Canabalt's signature birds. Rather than the usual Flappy gameplay, here your goal is to bounce of the walls, precisely timing your flaps to avoid the spiked panels that appear on the sides of the screen. It's a nice take on the mechanic and the game is very challenging.

Maverick Bird and Flappybalt are both excellent fun game that demonstrate how creativity can give a common mechanic a new twist.
Posted by Unknown at 9:20 PM