Open world, free progression hack 'n' slash! Turn into a personalized Apocalyptic Form and unleash your powers upon your foes!

Thanks to Unreal Engine 4, Unity 5, and CryEngine, one thing is certain: we can expect some wonderful graphical fidelity from indie games in the future. One only has to look at projects like The Soul Keeper or Kholat. Umbra is another game to add to the list: an isometric open world hack-n-slash built on CryEngine and boasting gorgeous magic effects, detailed environments, and dynamic AI.

Across dank dungeons, woodland ruins, and other more exotic locations, you face powerful enemies and towering bosses in Umbra, striking down foes with melee weapons and magic. I was fortunate to play an early prototype of the game and the combat is where the game shines. Energy bolts twirl through the air, lightning crackles through hordes, ice leaves fields of frost in your wake. Magic lets you raise the dead, unleash waves of flame, and other feats, and the CryEngine-enhanced visuals turns every battle into a colorful spectacle. Grass sways from the force of explosions, water moves dynamically, stone columns crumble, and the glow of your attacks subtly illuminates the environment.

Umbra promises more than just magic attacks and steel to lay waste your enemies. Apocalyptic forms imbue your character with special abilities and buffs: demonic wings to leap across the battlefield, teleporting dash, a third arm so you can wield three weapons at a time, a tornado that draws in and stuns surrounding enemies, and much more. You can even combine any three of those forms to devastating effect. 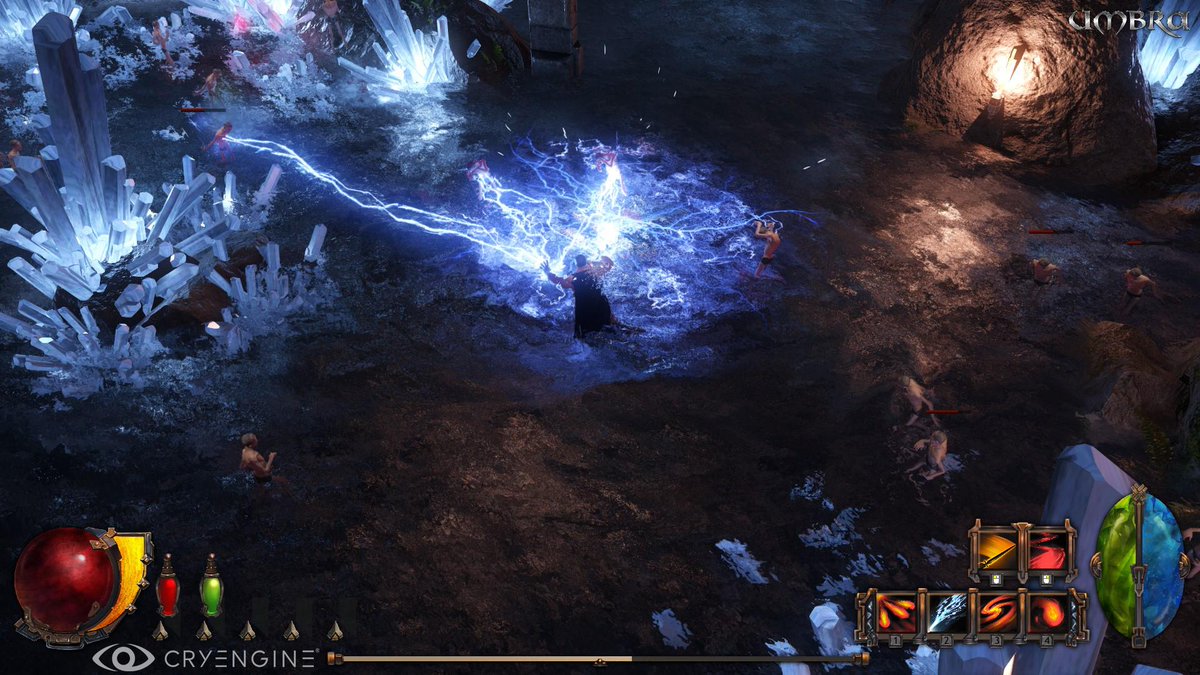 Umbra is currently on Kickstarter, at 168% funded and only a few hours left in its campaign. You can learn more about Umbra on the game's site.
Posted by Unknown at 10:15 PM