I read Nathaniel Philbrick's In the Heart of the Sea over the summer, and it was a compelling look into the harrowing world and dangers of 19th century whaling. Developer Picaresque Studio is hoping to capture that danger and thrill of that period in its upcoming strategy game Nantucket.

Nantucket isn't just a game about 19th century whaling; it's continuing the story of the classic Moby Dick. As Ishmael, you must assemble a crew and venture out into the open seas, in track of the infamous White Whale.

But before taking on Moby Dick, you'll need to establish your reputation and simply survive the hostile waters. From devastating storms and pirates to dissent within your own crew, Nantucket will challenge you to carefully plan each voyage and adapt to random events. Starvation can be as dangerous as an angry whale if your food runs out without land in sight.

Nantucket will offer a varied selection of options and ways to tackle the dangers of whaling and the sea. You'll be able to level up skills and stats, bribe or fight pirates with your outfitted ships, choose your route to avoid developing storms or fog-cloaked icebergs, buy new ships or upgrade your current ones with better equipment, among myriad other events and dangers and hazards. 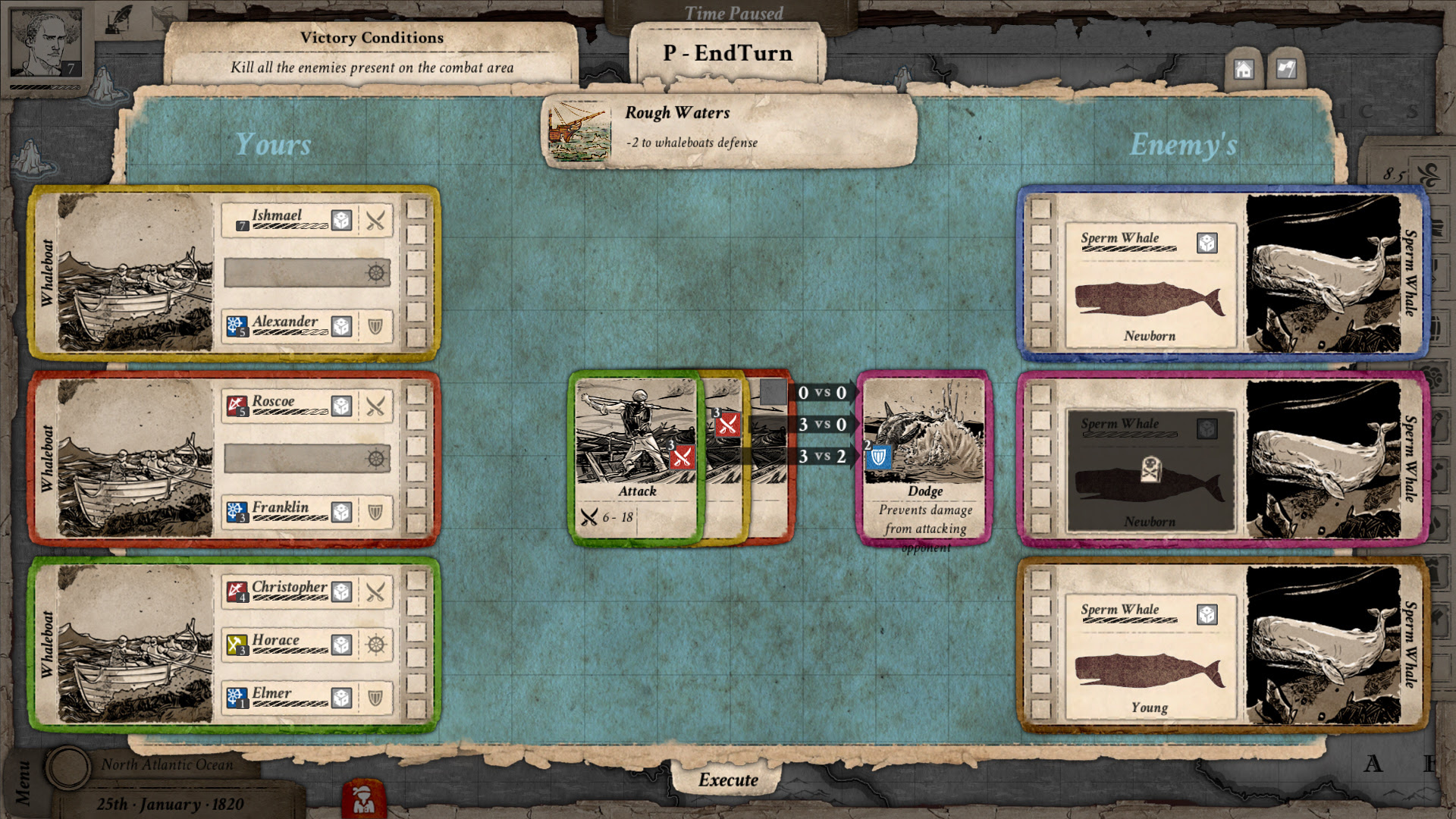 Nantucket is currently in development for PC. You can learn more about the game and its various systems here.

Email ThisBlogThis!Share to TwitterShare to FacebookShare to Pinterest
Labels: Nantucket, PC, The Watchlist