Title: Twin Souls
Developer: Lince Works
Platforms: PC, Mac, Linux, PS4, Xbox One
Releasing mid-2016
---
Last time I wrote about Twin Souls, back in June 2014, the game was in the midst of a Kickstarter campaign. Unfortunately Lince Works didn't meet their funding goal, but despite that setback, development continued. Now over a year later, Twin Souls is looking better than ever and is even coming to consoles.
While the core concept of a revived assassin who can control the shadows remains the same, Twin Souls has evolved in every other aspect. Aside from creating shadows to aid stealth, your powers are more versatile now, from the ranged Kunai shadow dagger and explosive Shinen trap to creating decoys with your Sakkaku ability, among others. You can devour your foes with shadow dragons and serpents, erasing their bodies from existence, or emerge from ceilings and walls to strike. A cover system and crouching compliments your powerful abilities.

However, your enemies are also better equipped to deal with your shadowy tactics. There are light barriers and runes that can block your path and make it harder to sneak around. Guards can wield light-imbued swords, use light spells to illuminate the darkness, and fire light arrows from a distance. 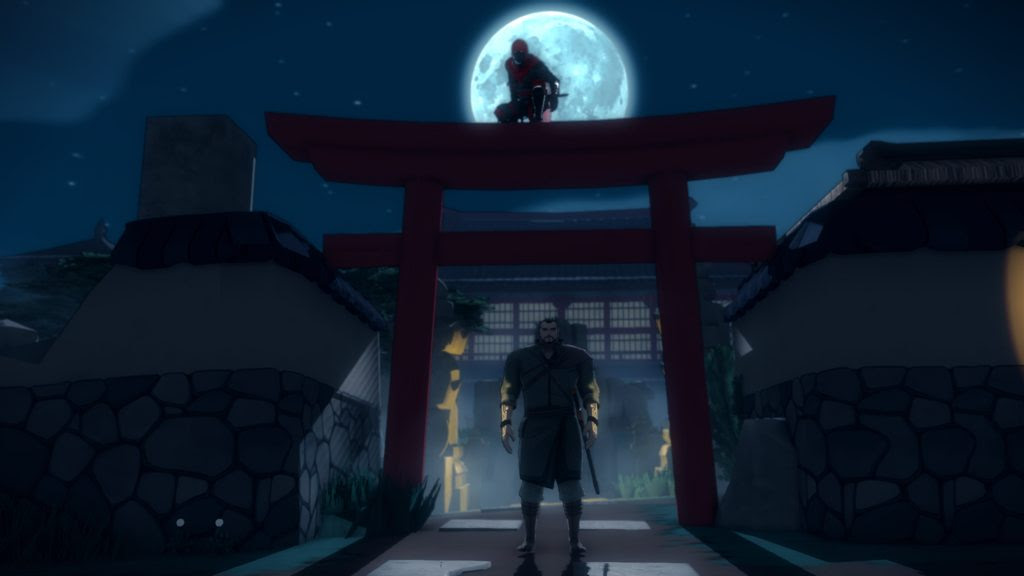 Twin Souls' gameplay isn't the only element to receive an upgrade. Your protagonist Aragami was given a complete re-design, now sporting a more colorful, form-fitting outfit, and brought to life through motion capture and cloth physics. The cel-shaded visuals are more vibrant and vivid, thanks to new shaders, lighting, and other graphical effects. 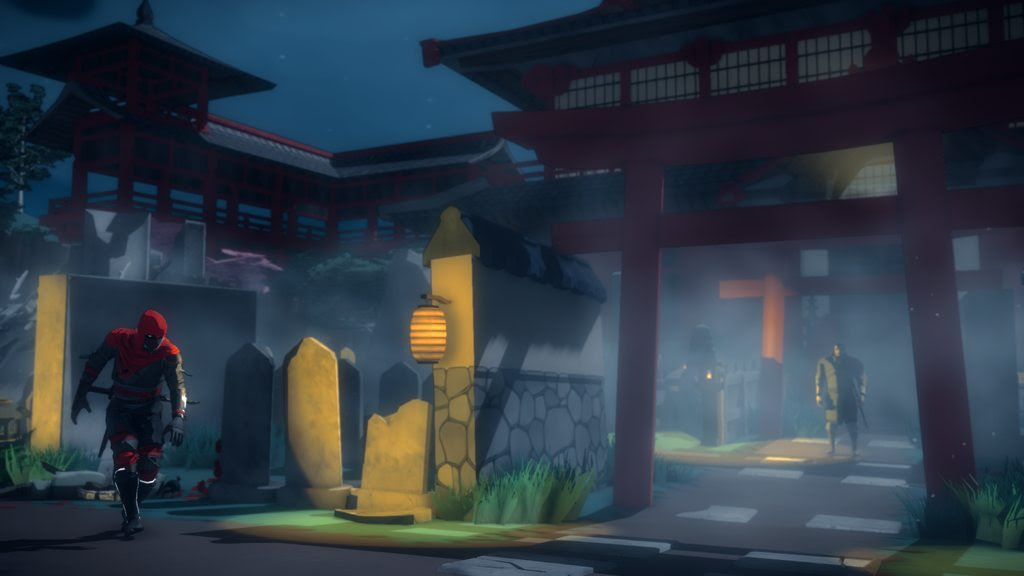 Twin Souls is aiming for a mid 2016 release, and is currently playable at Gamescom. You can learn more about the game here and follow development through its TIGSource Devlog and Twitter page.
Posted by Unknown at 11:09 PM