Developer: Unknown Worlds Entertainment
Platforms: PC, Mac
---
I had last wrote about Subnautica in June, stating how its alien ocean environment fostered an atmosphere of wonder and discovery. Since then, the game has only gotten bigger and even expanded to a new platform,
Subnautica came to Mac over the summer, and with that new platform also came a plethora of new content. The underworld world has grown to include two new biomes: the Underwater Islands and Sparse Reef. The former consists of massive chunks of rock and soil supported on the backs of buoyant growths; be careful navigating the waterfall of sands as sharks and other predators lurk around these islands. The latter is an emptier place of rolling dunes and new flora to discover. 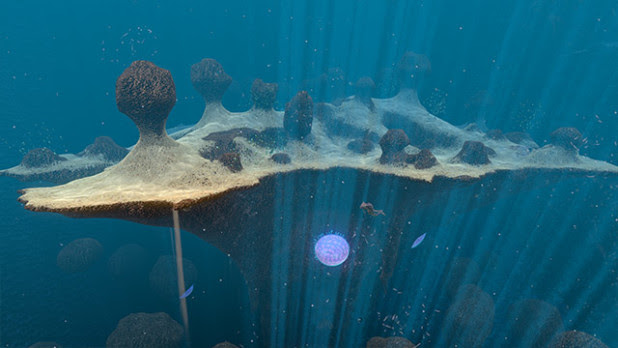 Your tech arsenal has expanded as well. Along with the Repulsion Cannon, you can now build larger more complex habitats. Bases can include structures such as a Seamouth dry dock, an observatory to enjoy the underwater vistas safely, new storage compartments, and bulkhead doors. 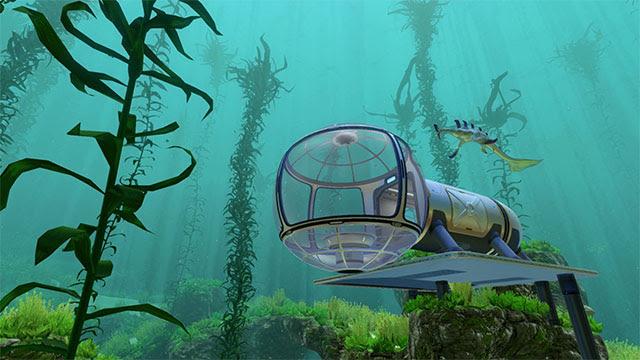 An upcoming update will allow players to customize the Seamouth submersible with different colors and upgrades like sensor torpedoes.

You can purchase Subnautica and follows its development here.
Posted by Unknown at 2:16 PM