Title: SPL-T
Developer: Simogo
Platforms: IOS Universal
Price: $2.99
---
If you follow mobile games, no doubt you're familiar with Simogo. Their games - from the haunting adventure game Year Walk to the enigmatic text-twisting Device 6 - are defined by how they use the touch interface and slick polished presentations to deliver unique and compelling narrative experiences. So at first glance, SPL-T doesn't appear to be a Simogo title. But as you learn its rules and master its intricacies, SPL-T reveals that it's as unique as any of their other games.
Your first attempt at SPL-T is likely to be confusing. Its gameplay seems as simple as its minimal appearance. The core concept is that you need to gather points by splitting the screen into blocks. Splits alternate between horizontal and vertical divisions; by dividing an area into four or more equally-sized blocks, those blocks convert into "point blocks" marked with a number. That number indicates how many splits are required to remove those blocks from the screen.

Once you realize that those blocks disappear from the screen, SPL-T's hidden depth becomes apparent. When those blocks disappear, above blocks as well as new blocks fall down to fill in the gaps, allowing for new splits to be made. Adding to the mechanic is that point blocks that fall into an empty space have their split number halved, letting you remove them more quickly.

SPL-T evolves from a puzzler with seemingly little strategy into a game of careful planning. To earn a high score, you must be mindful of how the screen will affected several splits in the future and be careful not to create a scenario where mo more splits are possible. It's a tricky and surprisingly addictive challenge. 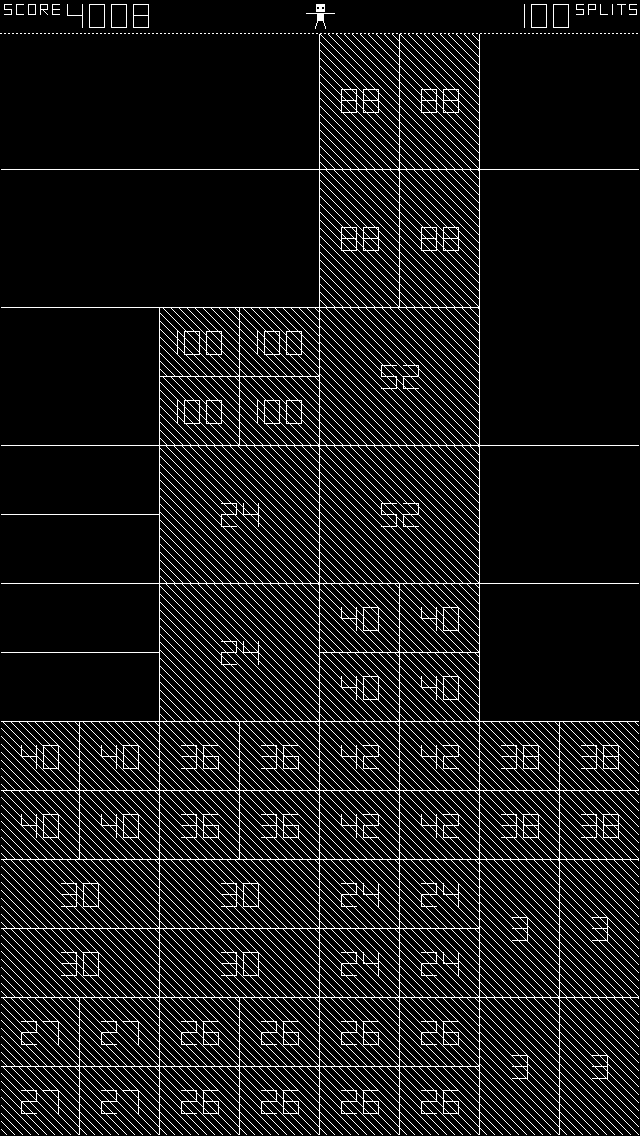 And not surprisingly, just like its simple puzzle mechanics blossomed with hidden depth, SPL-T is not as basic as it first appears. A plethora of secrets are waiting to be found within the game itself. To say more would spoil the mysterious nature of Simogo's puzzler, but rest assured that SPL-T might be more than just a block-splitting game.

With SPL-T, Simogo once again showcases its mastery of mobile puzzlers, delivering an engaging game hiding a strategic challenge behind its simple aesthetic.