Title: Rain World
Developer: Videocult
Platforms: PC, Mac, Linux, PS4, PS Vita
Releasing 2016
---
When I last wrote about Rain World, the atmospheric alien survival platformer was being shown at PAX 2015. Now over a year later, the game made substantial progress in every aspect and is steadily creeping towards release this year.
Perhaps the greatest progress made is in the overall sense. Each of the game's 12 regions are compete, totaling over 1,400 rooms across Rain World's sprawling world. The UI and in-game map has been overhauled and polished, new creatures have been added, music and audio now adds a rich soundscape to the environments, and the developers are now focusing on polishing each region, add set-pieces, more secret species, and other late-stage features. 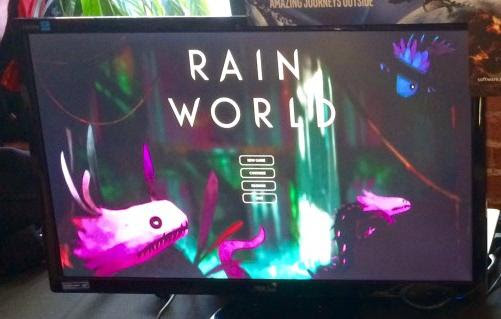 One particular region is so massive that it's estimated to be six-times the size of a typical area in the game. This Superstructure will be a late-game region that will test all your skills and knowledge honed over your journey through Rain World's other diverse locations. 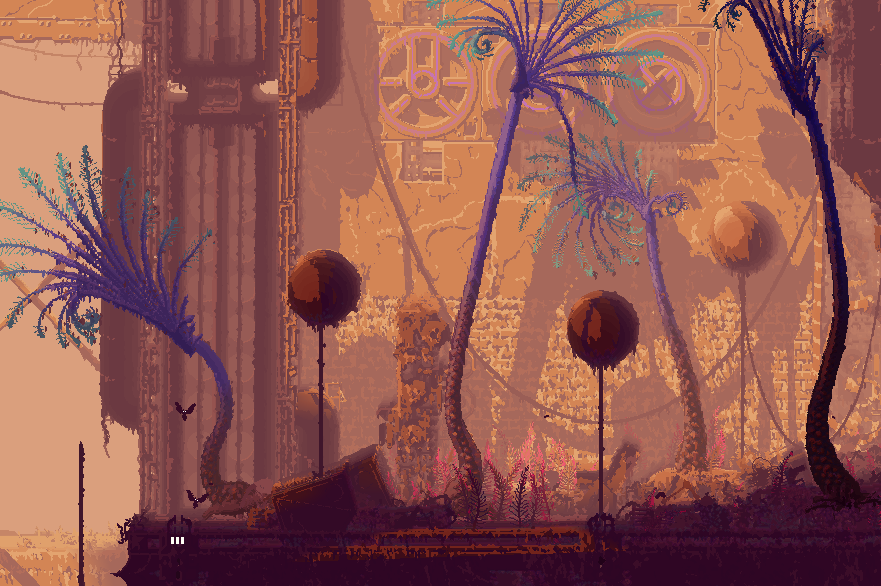 But no addition is as impressive as the scavenger. The developers had a goal with this species, designing one as effective and intelligent as your own slugcat. These creatures are expert climbers, are able to wield spears and debris with deadly accuracy, but most importantly, they're social animals. Packs are lead by alphas, they spread information amongst themselves, and share tools. Working together, they can take down predators like the fearsome vultures. Interestingly, scavengers have personalities and memories, so saving a long scavenger could help you earn a pack's trust; they may even let you travel alongside their group. But act aggressively, and they'll welcome you with a spear to the gut.

Rain World is slated to release this year, and is currently at the IndieMix showcase at GDC. You can learn more about the game in its TIGSource devlog and Twitter page.
Posted by Unknown at 5:52 PM