Title: HyperRogue
Developer: Zeno Rogue
Platforms: PC, Mac, Linux, Android
Price: $2.99, Free
---
Roguelikes have taken us from the ASCII depths to sci-fi battlefields and all manner of worlds and time in between. HyperRogue drops you into a new land, a non-Euclidean space where the rules are always changing and one wrong move can be your last.
HyperRogue is more puzzle game than pure roguelike; it's actually quite reminiscent of chess. Much like how in chess, you carefully move pieces across the board and must always be cognizant of the dreaded check, HyperRogue is a game of carefully planned steps as you avoid being cornered with no way to escape. You're a fragile being, only able to take a single hit, and you enemies are equally thin-skinned. Instead success and survival revolves around not getting surrounded and trapped by encroaching beasts. You can't even make a move if that move places you in immediate danger, so movement and exploration becomes a puzzle of positioning.

But while HyperRogue's combat may be simple but surprisingly tactical, its world is anything but simple. The landscape spreads out in a circular plane of interlocking tiles, extending outwards from the red-brick crossroads. But this is no normal space; it's a place of distorted distances and looping paths that extend into infinity and straight lines that somehow never intersect, a non-Euclidean world of adjacent biomes where retracing your steps is a trying task Undying sand worms roam the parched desert, forcing you to flee rather than fight. Walls shift with each step in the living caves. Each step erases the floor behind you in the land of eternal motion. Enter the mirror world, and you'll be accompanied by clones of yourself. Each new land you discover has its own unique quirks and inhabitants, from one where safe crossing relies on avoiding dangerous tiles through minesweeper-style rules, to the oceans where pirates and sharks lurk.

Exploring and understanding each of HyperRogue's biomes is a satisfying and challenging task, forcing you to adapt, observe, plan each step to avoid or flank enemies or maneuver around some hazard or element in a level. While your driving goal is to collect treasure and locate the fabled Orb of Yendor, your immediate task is always to plan each move, study the world, learn its intricacies. 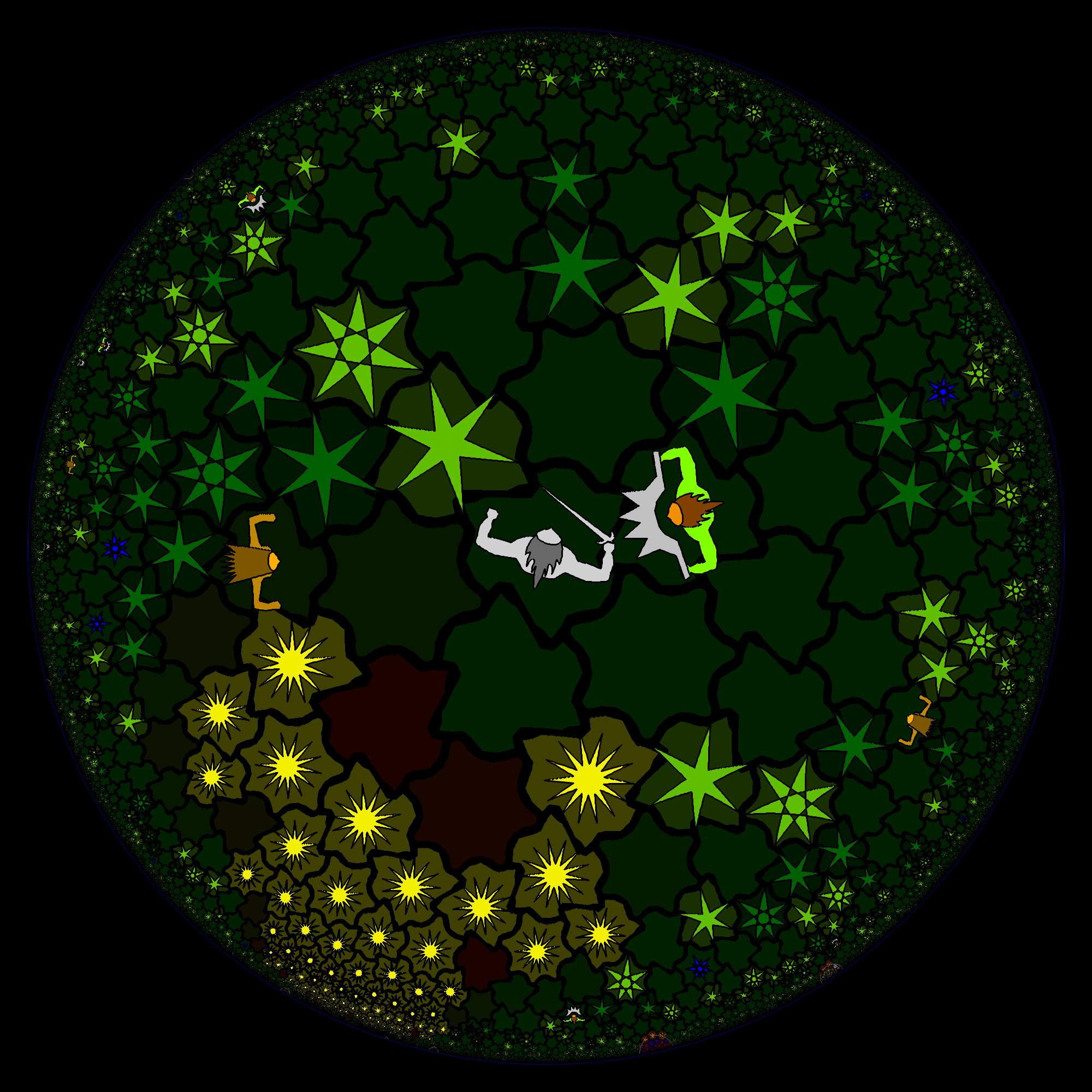 HyperRogue is available as both a freeware download and paid game; the paid version is the definite version, gets the latest updates first, as well as additional worlds not found in the free version. You can buy HyperRogue on Steam, itch.io, and on Android. The free version can be downloaded here.
Posted by Unknown at 10:19 PM