Another year, another 7DFPS. Last year brought us some really unique experiences, such as SuperHOT, Beyond Perception, Probably Archery, and many others. Here's a selection of interesting entries from this year's Seven Day FPS Challenge. You can browse the full list of entries here.

SHIFT
Developer Shawn Beck's last game was the hectic reflex-testing Velocibox, and his 7DFPS entry combines that game's style and speed with some dodge-heavy shooting action. Armed with dual rapid-fire cannons, SHIFT challenges you to race through mazes of tight corridors, teleporting through laser gates and deftly evading turret fire. It's fast, frenetic, and fun.

grepr
grepr is a sci-fi stealth game, where evade guards and collect data as a small drone. Able to stick to surfaces and leap across vast distances, you must avoid enemy line of sight or take them out by colliding with their weak points. It's a short game, but the visuals and acrobatic stealth gameplay makes it worth checking out.

Endless Express
Endless Express is a short game about exploration and time. You missed your train; now you must take the connecting trains to get home, traveling between varied stations. Holding the Left Mouse button brings up your watch, allowing you to keep track of what trains are coming and going based on the timetable at each station.

Frail Shells
Frail Shells is a game about war and life after war. It's a short yet thought-provoking experience that delves into PTSD

Strange Gravity
If you're familiar with games with Galcon, then Strange Gravity won't feel too alien. The concept is the same: eliminate your enemies by moving your forces and strategically capturing planets. But rather than the 2D style of similar games, Strange Gravity puts you in the middle of the action, directing fungus to defeat the unstable red growth before the sun rises. Simple controls and an interesting take on a well-known concept makes Strange Gravity a game worth checking out.

RADE
A hectic dog-fighting game as you shoot down blimps, jets, ships, and more across a sky filled with arcing projectiles. A simple but fun spectacle. 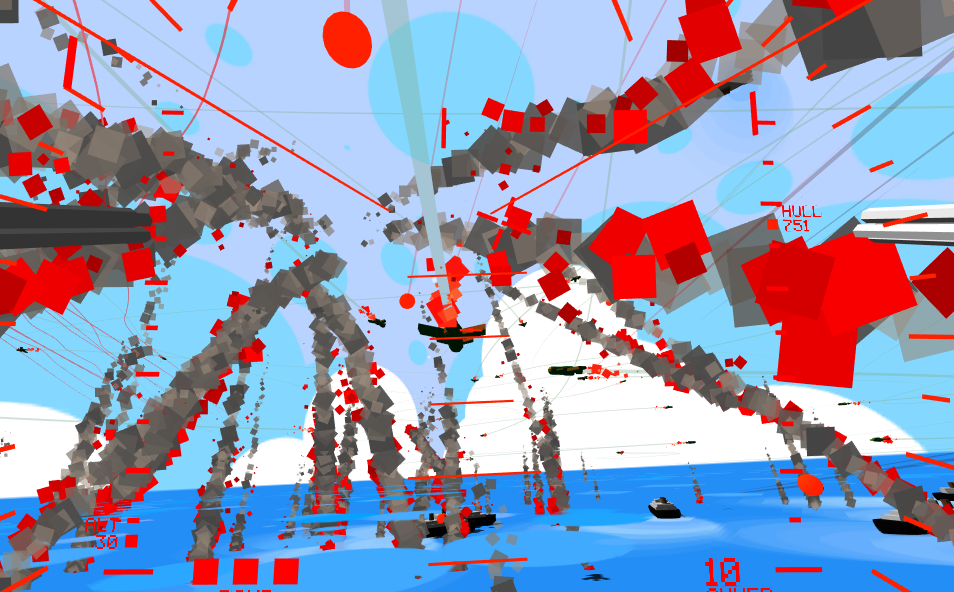 Email ThisBlogThis!Share to TwitterShare to FacebookShare to Pinterest
Labels: 7DFPS, Articles, No Money No Problem