Title: Trigger
Developer: Spelkraft
Platforms: IOS Universal
Price: $1.99, currently free till July 20th
---
On one hand, I love finding hidden gems on the App Store; it's always cool to discover an fantastic game you never heard of. But on the other, it speaks volumes about how hard it can be for IOS developers to find an audience or exposure and attention for their game. I hope Trigger gets the attention it deserves, because it's a fun colorful game and the best same-screen multiplayer game I've played since Wrestle Jump.
Trigger is a simple game to control. Each player has a button in the corner of the screen and controls a small tank. Tapping the button simultaneously rotates your tank 90 degrees to the right and fires a projectile. This simple control scheme makes what could have been mindless arena combat into a hectic game of skill, positioning, timing, close calls, and near misses as you evade enemy shots and plan out your movements. Various power-ups appear through the arenas, granting you abilities such as laying down mines in your wake and bouncing projectiles. Getting hit isn't the end; instead you find yourself on foot, forced to race back to an vacant tank. Besides the fun gameplay, Trigger stands out thanks to its colorful charming art style, as you fight among pencils, erasers, and other everyday items. These objects aren't static; they can move, pencils can break in half, balls roll around if pushed, making the arenas feel dynamic and interesting. 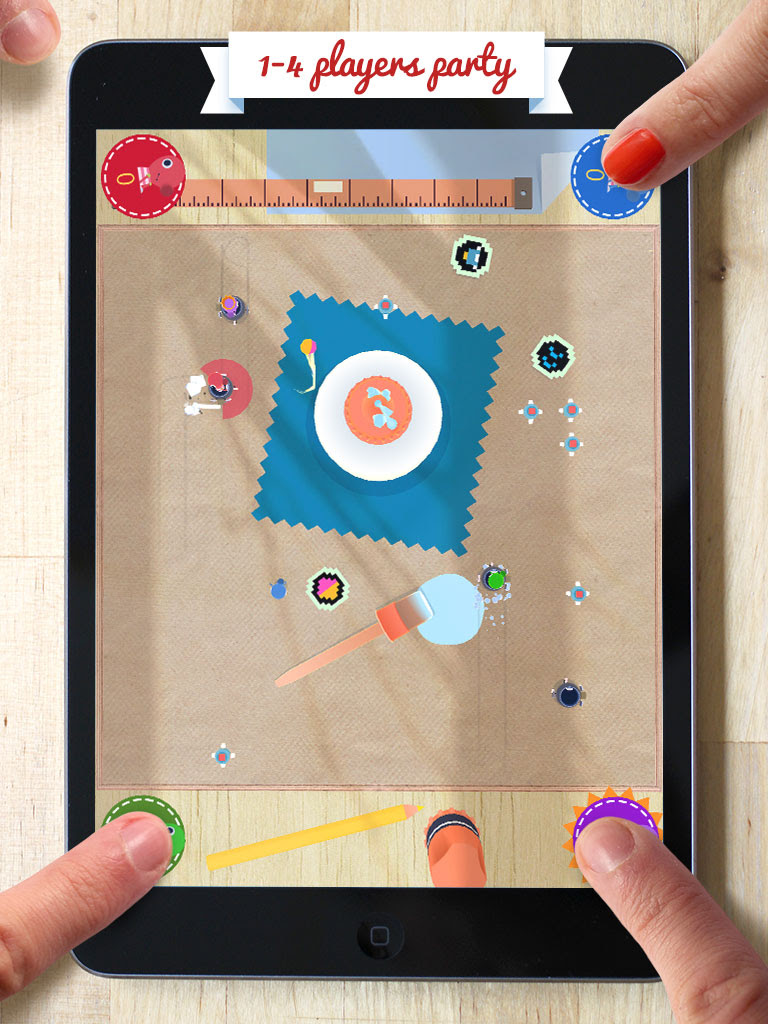 Trigger can be played solo against bots, but the best experience is with friends. I recommend checking Trigger if you're looking for a fun multiplayer game or just something fast and hectic to play when you have a few minutes to spare.

You can download Trigger here. It's currently free till July 20th (usually $1.99)
Posted by Unknown at 2:11 PM