Title: Fancy Skulls
Developer: tequibo
Platforms: PC, Mac, Linux
Recently released on Steam Early Access
---
I covered Fancy Skulls back in October, and since then the game has only been expanded and improved. The same core mechanics and aspects that made the game so enjoyable remain: the abstract visuals, the mix of frantic evasion and precise shooting, the mysterious items and enemies, the diverse weapon mods and abilities. But developer tequibo has made steady progress in the past eight months, and Fancy Skulls today feels more complete and even more fun.
New and enhanced enemies threaten you at each room, from teleporting pods to deadly variations of the projectile-spewing turret...things. The levels feel more diverse, thanks to a more varied color scheme, new textures, and weird twitching flora.  New items and weapon mods offer more ways to alter your playstyle, and the mana system was revamped, changed from a set number of uses to a recharging bar. Completing in-game challenges unlock special starting builds and modifiers, such as random gun, Alchemist, and Thief. 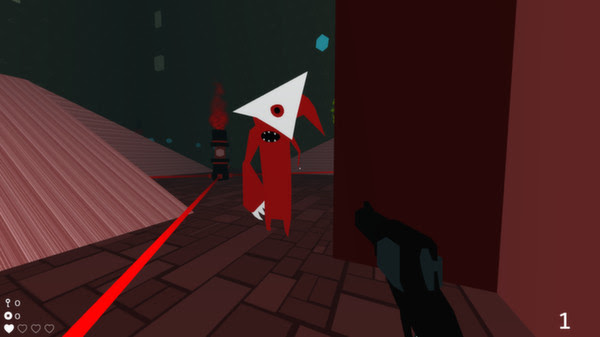 Fancy Skulls is still in beta, and was recently Greenlit and released on Steam Early Access. The development roadmap includes improved visuals; new enemies, weapon mods, and items; a story, and more. You can purchase the game from the developer's site, Steam, and IndieGameStand.
Posted by Unknown at 2:44 PM