Starship Corporation is a Realtime Strategy Game that contains four elements: Ship Design, Crew and AI Tactics, Ship Building, and Trade The player is able to create the layout for Spaceships and Planetary Installations with multiple decks within the boundaries of existing fuselages. A completed design can then be challenged by playing a series of missions to test the crews reaction to emergencies and the ships combat capabilities. The success of these missions determines the ships rating, important for a good price on the market or the ships performance in your own fleet.

I can't even remember how I discovered Starship Corporation, maybe having read a mention of the game on some site or looking through the list of Greenlit games, but I'm happy that I did. From FTL, Starmade, and Star Citizen to upcoming titles such as Universe Edge and Habitat, it's no secret that the space sim/exploration/ship building genre is quite popular right now. However Starship Corporation promises to take a new approach in the genre and from what I've seen and read, it's shaping up to be a more complex successor to FTL.

Right off the bat, Starship Corporation separates itself from other games in the genre by the fact that you don't actually venture out into that vast frontier. Instead, the game tasks you with maintaining the corporation that maintains and builds these expansive vessels, from battle cruisers to mining ships to terraformers and interstellar cruise ships. Within set templates, you must plan out and construct the most effective layouts and designs for these vessels, across multiple decks and considering everything from power systems, cooling, armor, and crew. Once you're satisfied with your design, you then must put your creation through its paces, testing its effectiveness in different scenarios. This premise allows a wide range of simulated situations and objectives, from the debris collision and drone attack seen in the videos here, to traversing a magnetic storm, breaches by aliens and pirates, radiation, meteors, system failures, ship combat, boarding other ships, and more. However not only must your ship be versatile, so must your crew. You'll be able to assign positions, equip your crew with weapons and gear like space suits (slowed movement but a lifesaver when the oxygen is low), activate security measures, and command them to keep a ship running under the most devastating scenarios.
Starship Corporation's ambitious plans don't end there. The effectiveness of your ships and crew in these simulations affect their effectiveness once they're out in space, and in turn, gives your corporation more prestige and access to better contracts. While the core gameplay is building and testing ships, the game's campaign also features RPG elements, with dialogue between other companies, politicians, and special interest groups. How you conduct these conversations allow you to shape your corporation's future. You'll even be able to buy and sell captured ships, initiate trade routes, or support wartime factions with your ships. Starship Corporation will even feature multiplayer, but details on the depth and features for online play are light at the moment. 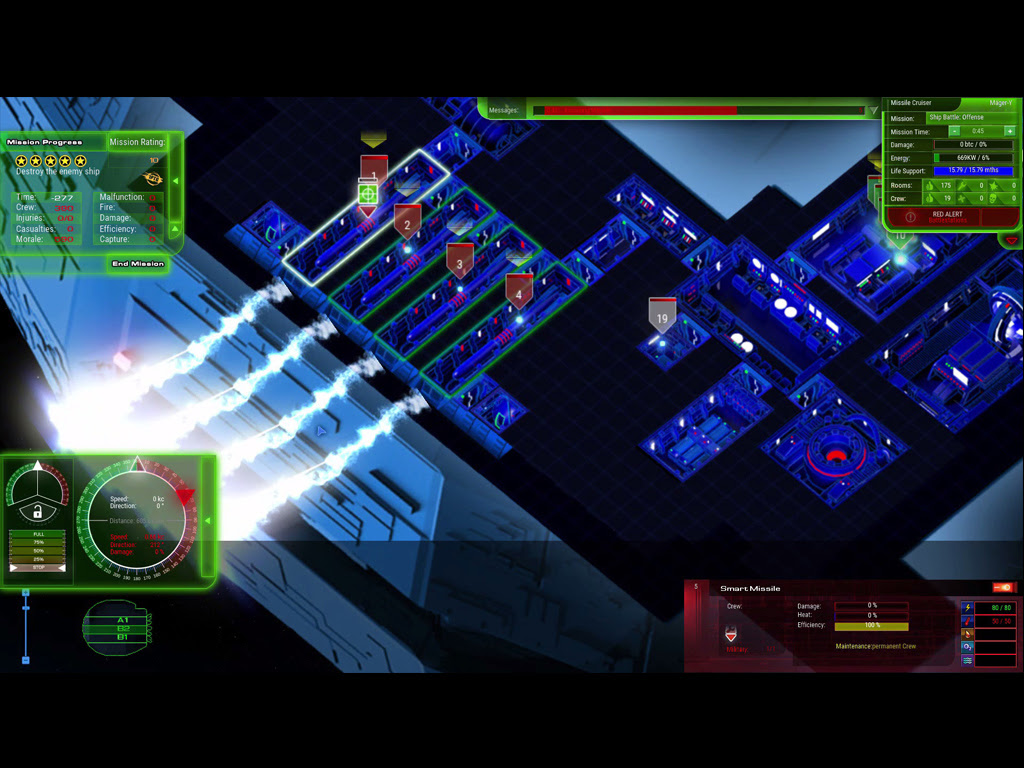 Starship Corporation was successfully funded on Indiegogo back in 2012, as well as Greenlit last year. While the developers plan to bring the game to Early Access, you can preorder Starship Corporation now on their site. Similar to Kickstarter, different tiers offer different rewards such as exclusive ship templates and missions. However it should be noted that you can only pay with Bitcoin.
You can learn more about Starship Corporation here. An early free Alpha version is available on Desura.
Posted by Unknown at 12:42 PM