Grave is a first person, open world survival horror experience. Explore an ever-changing world filled with frightening creatures. Grave is a hybrid of environmental exploration and combative horror, creating constant tension as the player balances exploration and survival. Our goal is to revitalize the survival horror genre with modern techniques seen in current horror games, while retaining the survival and inventory elements of classic titles.

Grave is an upcoming survivor horror game set in a surrealist nightmare. You awaken on a mysterious desert plain, an endless landscape that shifts with each sunrise. Inspired by the work of Salvador Dali, this world is ever changing, new areas, biomes, and structures appearing with each passing day. From ruined cities and displaced forests to a sudden downpour, you can never be prepared for what weird misplaced area appears over the horizon. 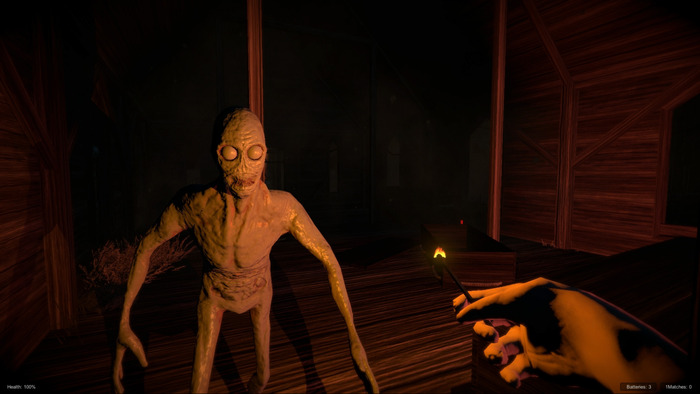 But this world isn't void of danger. Otherworldly beings emerge as night falls and light is your only defense against these grotesque enemies. While this may bring to mind Alan Wake, Grave puts an interesting twist on the mechanic by offering a variety of tools from flashlights and flares to matches and gasoline and making each enemies behave differently to light. Some are easily destroyed, others are merely stunned, while others are attracted to the illumination.

I was able to play the early press demo and even at this early stage, Grave delivers a tense atmosphere. Roaming the windswept plains as haunting music plays. Stumbling upon a derelict town when night falls, a flickering match your only illumination in the suffocating black as an unearthly shriek pierces the darkness. The satisfaction of finding a generator or a gas can, or setting a patch of gas aflame with a flare to kill an approaching creature. Finding some mysterious object out in the world where there was just empty plains the night before. Grave is already scary and fun, and the creatures, weapons, and environments to come will only flesh out the game's solid foundation. 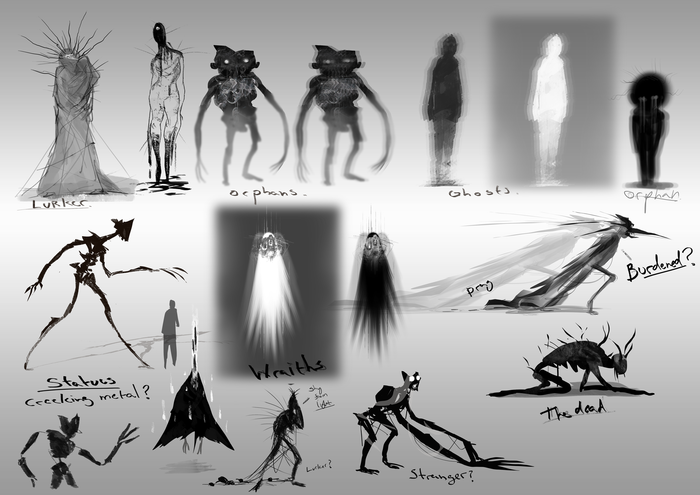 You can learn more about Grave's development on IndieDB, support the project on Kickstarter, and vote for it on Steam Greenlight.
Posted by Unknown at 9:52 PM