Since the days of Snatcher and Syndicate, the cyberpunk setting has been popular in games. Just last year, we got Dex, Satellite Reign, Read Only Memories, and more. But most cyberpunk games put you in the shoes of the street-level soldier, fighting for or against powerful megacorporations. Spinnortality plans to tackle the other end of that spectrum, placing you in control of one of those megacorps.

In a future where nations have combined into sprawling continent-states, you control a rising company with aspirations to seize control of the world's markets. Of course, products that shatter the public's privacy and bend their will to your own goals aren't exactly going to be easy sells, so deciding how to sell software and tech to society will be a major part of Spinnortality's management gameplay.

Powerful governments and equally powerful rival corporations all stand in the way, but as seen so often seen in cyberpunk fiction, there's no tool in your arsenal more effective than corporate espionage. In between spreading your global influence, expanding your workforce, and researching new technology, you'll also be able to work in secret to destabilize nations and secure other advantages. Those tactics include inciting riots, rigging elections, blackmailing officials, or even the direct option of assassination. Manipulating nations through your infamous means can tip your rivals into chaos and financial collapse. 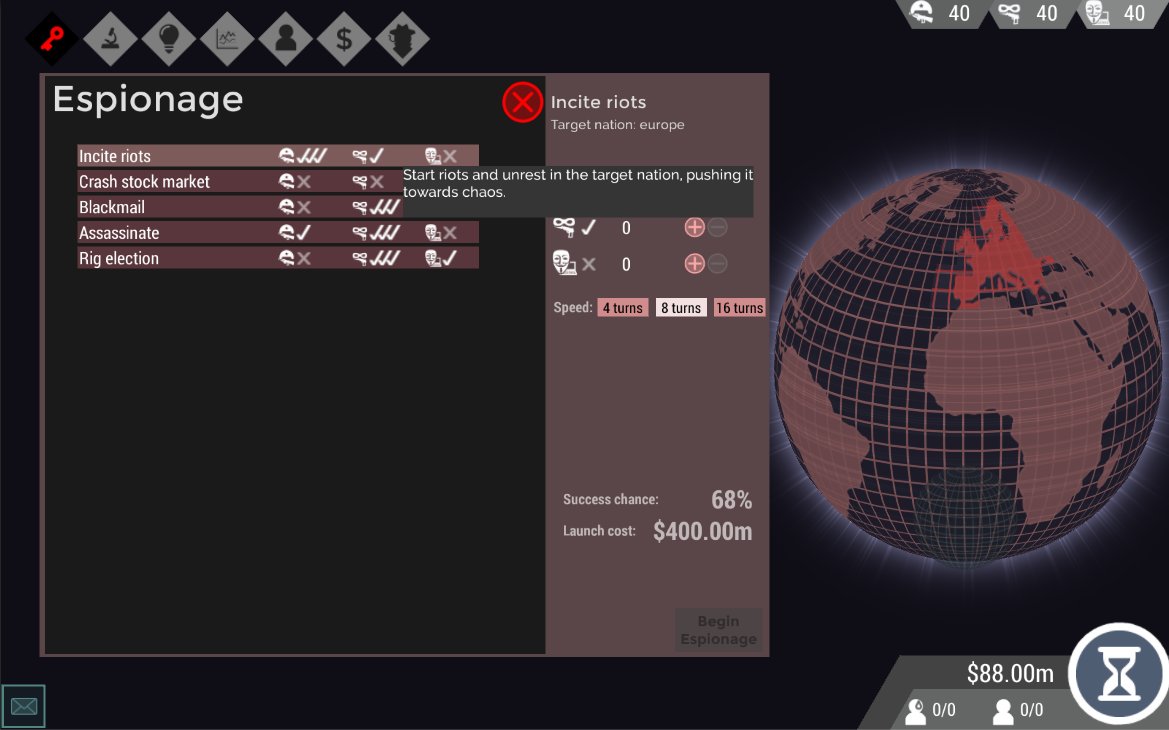 Spinnortality is still early in development and doesn't have a definite release date yet. You can learn more about the game here, and follow its progress on Twitter.

James Patton's previous game was the Renaissance vengeance simulator Masques & Murder; it's available to play as a Pay-What-You-Want download on itch.io.
Posted by Unknown at 5:31 PM

Email ThisBlogThis!Share to TwitterShare to FacebookShare to Pinterest
Labels: PC, Spinnortality, The Watchlist