Title: Firewatch
Developer: Campo Santo
Platforms: PC, Mac, Linux
Price: $19.99
---
There's something almost magical about the woods. Leave home, turn off the highway, stop in the lot of some larger park or in a roadside clearing for a trail, venture onto a path, and the civilization that was so close suddenly seems so distant. It's just you and the woodlands, and there's a sense of mystery and awe around every bend, over every hill, atop each peak and outlook. Even if you've walked the same trail before, it can feel new and just as compelling. I've played a lot of open world games, traversed a lot of digital forests, and none have captured that atmosphere as well as Firewatch. The engaging intimate story almost feels like a wonderful extra, wrapped up in the game's gorgeous setting and feeling of discovery and exploration.
In Firewatch, you fill the shoes of Henry, a man devastated by a crumbled relationship, escaping to a lookout tower watching out over Wyoming's Shoshone National Forest. It's a lonely solitary job of putting out smoldering campfires and dealing with reckless teenagers, or it would be if not for the friendly voice from your walkie-talkie. Delilah is another lookout in the tower on an adjacent peak in the hazy distance, and your only companion. She's there to guide you through your early fire-watching days, to help point out slivers of smoke in your region of the forest, to chat about life and family and other well-acted dIscussions. Much like Telltale's games and other narrative adventure, you can choose dialogue choices to develop your relationship with Delilah, and saying nothing is almost always an option.

From your tower, you grab your pack and your radio, and venture into the park. The environment isn't the largest open world in gaming, but it's sprawling enough that you need to use a trail map and compass to orient yourself, use landmarks and marked supply caches to find your way to locations. Later on, you gain new tools and items that let you explore previously inaccessible areas, such as climbing rope to rappel down steep slopes. 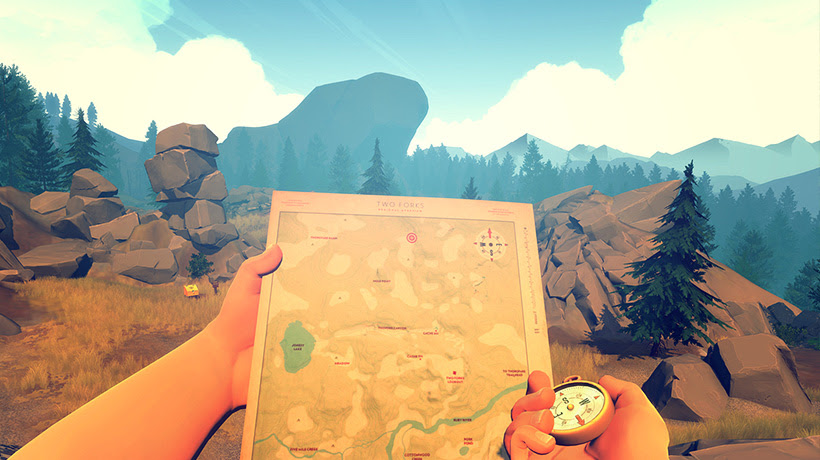 Days pass, sometimes weeks, and gradually Firewatch becomes something more than a game of hiking through a national forest and chatting with Delilah. A mystery emerges, and an ever-present atmosphere of tension settles over the vibrant wilderness. As with any of these story-heavy games, the less you know about the twists and turns of the story, the better the experience, but I will say that Firewatch is suspenseful. That atmosphere certainly contributes to the feeling of exploration, discovery, and isolation that Firewatch nails so well. Familiar trails once traveled might not feel so inviting later in the game. Plot developments can frame certain actions and areas in new lights.

My stint as a lookout lasted around five hours, each one compelling and interesting. The hard cuts between days and weeks lets the game present its moments of calm, of mystery, of downtime and conversation at a measured meticulous pace and keep the story moving along without filler. 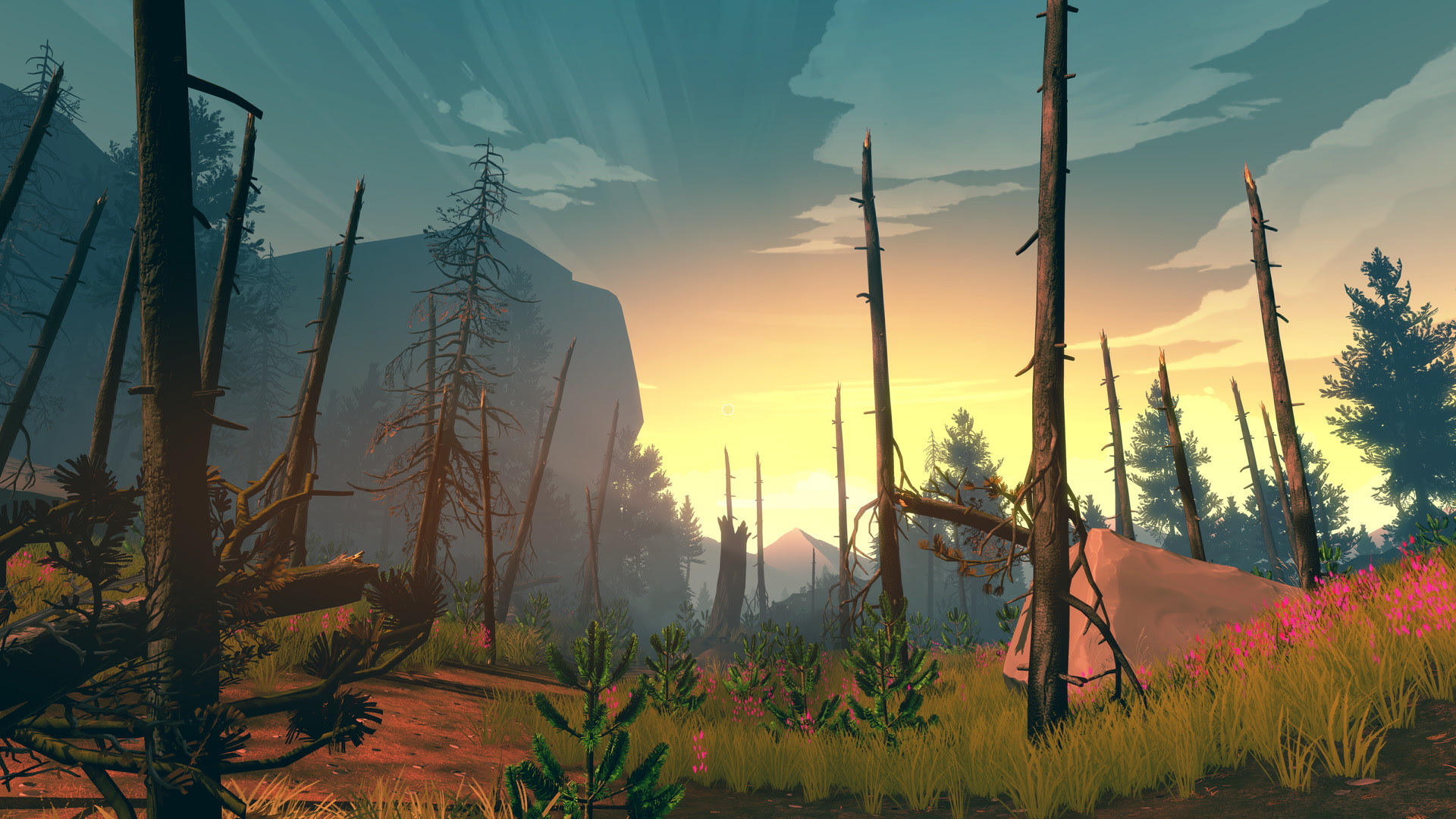 Firewatch offers both natural beauty to explore and engaging banter to enjoy, a mystery to unravel and a mature story. Between Oxenfree last month and now Campo Santo's debut title, 2016 has been already proved to be a wonderful year for narrative adventures. You can find Firewatch on Steam and PS4.
Posted by Unknown at 1:00 PM