A real-time physics-based strategy game of construction and destruction

Many games revolve around building architecturally-sound structures or powerful vehicles, while probably an equal amount challenge you to level buildings and unleash destruction. The upcoming Forts combines both elements, as you construct an imposing weapon-laden base that can withstand devastating barrages and decimate opposing bases.

On craggy canyon walls, across hilly terrain, withing tight caverns, players construct their fort from wall struts and supports, carefully to only make sure their structure won't collapse due to a weight unbalance but also can support weapons and withstand onslaughts from opponents. Each player build their structures in real time, so a game in Forts is a race against time, researching tech trees and establishing both offense and defense.

Forts' arsenal is a careful balance, making each weapon useful and able to countered. Anti-air fire protects your tower from incoming missiles, but the swarm missile lets you fling a collecting of rockets to slip through the anti-air defense. The missile launcher is devastating but requires a sniper to paint its target. Laser, cannon, mortars, and more can be grouped together and fired manually, letting you fire tactical weapon combos or just shell your enemy with overwhelming artillery.

But defense and resource management is just as important as building a powerful array of weapons. Redundant layers of shielding can be a lifesaver against a cannon round, while smart construction can save your fort once fires start spreading. Wind turbines and reactors can produce energy, mines can draw useful minerals from the earth.

Forts will feature a single player campaign against an AI that can intelligently build and repair fortresses, as well as competitive and cooperative multiplayer with up to 8 players. 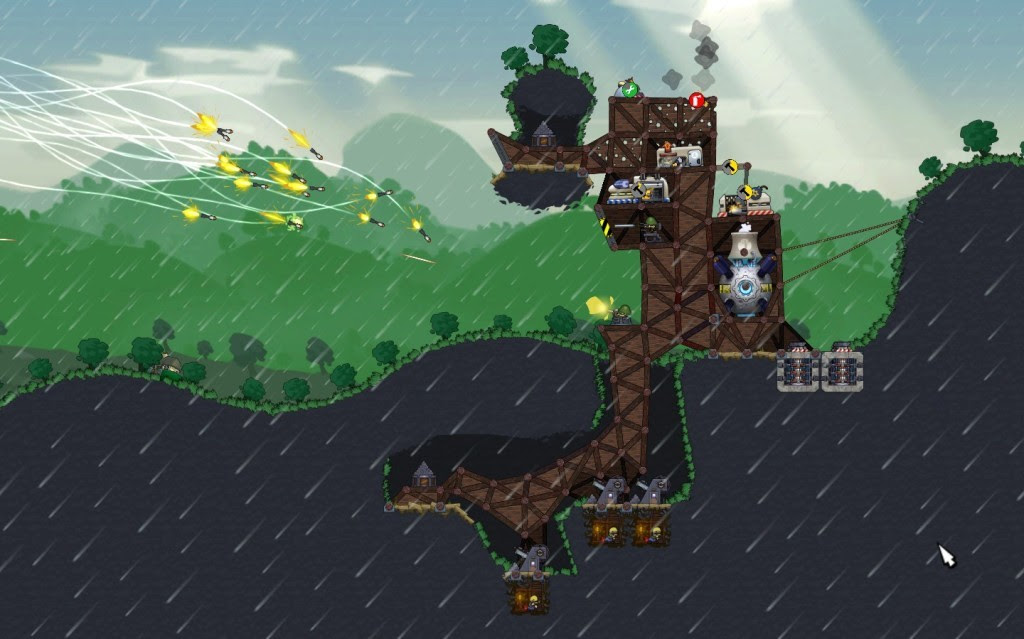 Forts will be releasing on Steam Early Access later this year. You can find more information about the game and its development here.
Posted by Unknown at 10:05 PM

Email ThisBlogThis!Share to TwitterShare to FacebookShare to Pinterest
Labels: Forts, PC, The Watchlist