Title: Rapture World Conquest
Developer: Tundra Games
Platforms: IOS Universal
Releasing September 2014
---
Rapture: World Conquest is an upcoming game that blends RTS and god game mechanics as you battle the followers of rival deities to take control of earth and mankind during the Rapture. Across thousands of years, you guide your followers against nations of heathens and crush the unbelievers with your godly powers.
After choosing a nation, your followers begin amassing armies and resources; surrounding countries fall as your forces spread and conquer, collecting resources along the way that allow your scientists to build new technology. Or perhaps you can focus on religion and food to gain more followers and increase your mana production, granting you the power to unleash devastating miracles upon your enemies. Summon earthquakes and volcanoes, call down meteors, decimate their ranks with disease and famine. Control the world and your followers will be rewarded with heaven, while those opposed your might will be banished to hell post-Rapture. 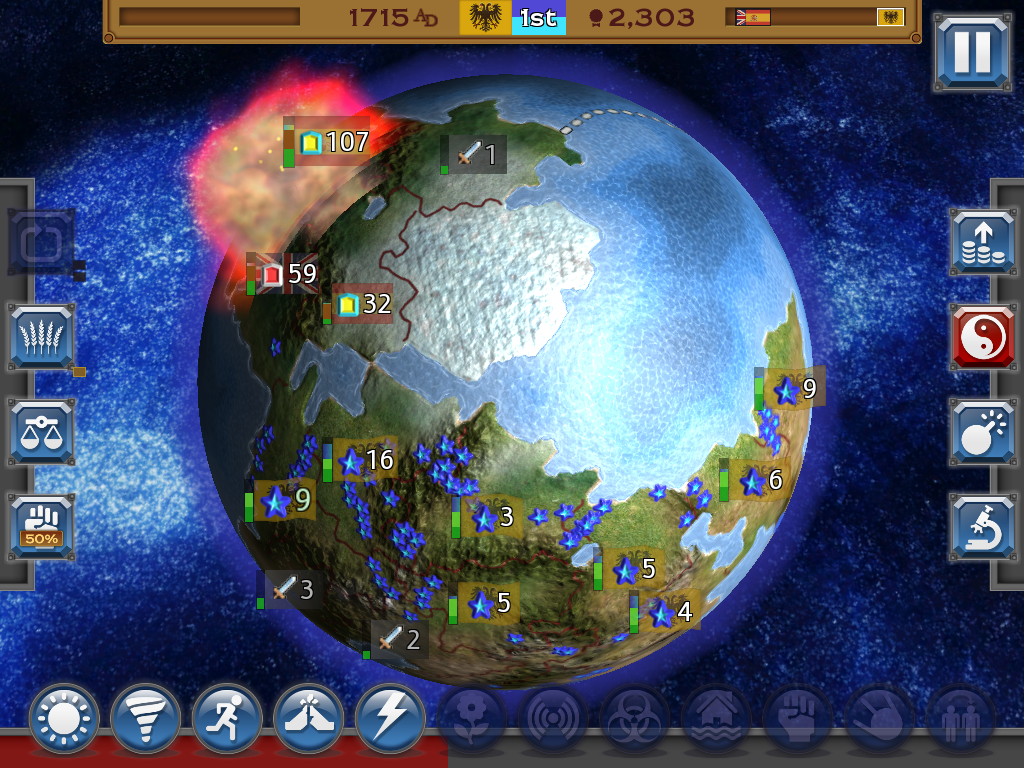 Rapture World Conquest will feature numerous missions and achievements, as well as various world configurations, each offering a unique challenge. You'll be able to control the globe when Rapture releases later this month, as a paid Universal game. Learn more about the game on Tundra Games' blog.
Posted by Unknown at 9:09 PM