Title: Somerville
Developer: Chris Olsen
Platforms: PC
---
When I wrote about Somerville last year, I was already impressed. From its brilliant narrative framework of a teacher telling her class the story of humanity's war against an alien incursion, to its smoothly animated movement and low-poly aesthetic, the game was shaping up to be one promising cinematic platformer. Since then, the game has only evolved further, especially in the art department.
Perhaps the biggest change since the last article is visually. Somerville's environments have gone from simple test levels to atmospheric landscapes. Dark forests, midnight skies filled with menacing monolithic alien vessels, ruined churches and bridges, and much more await our hero. 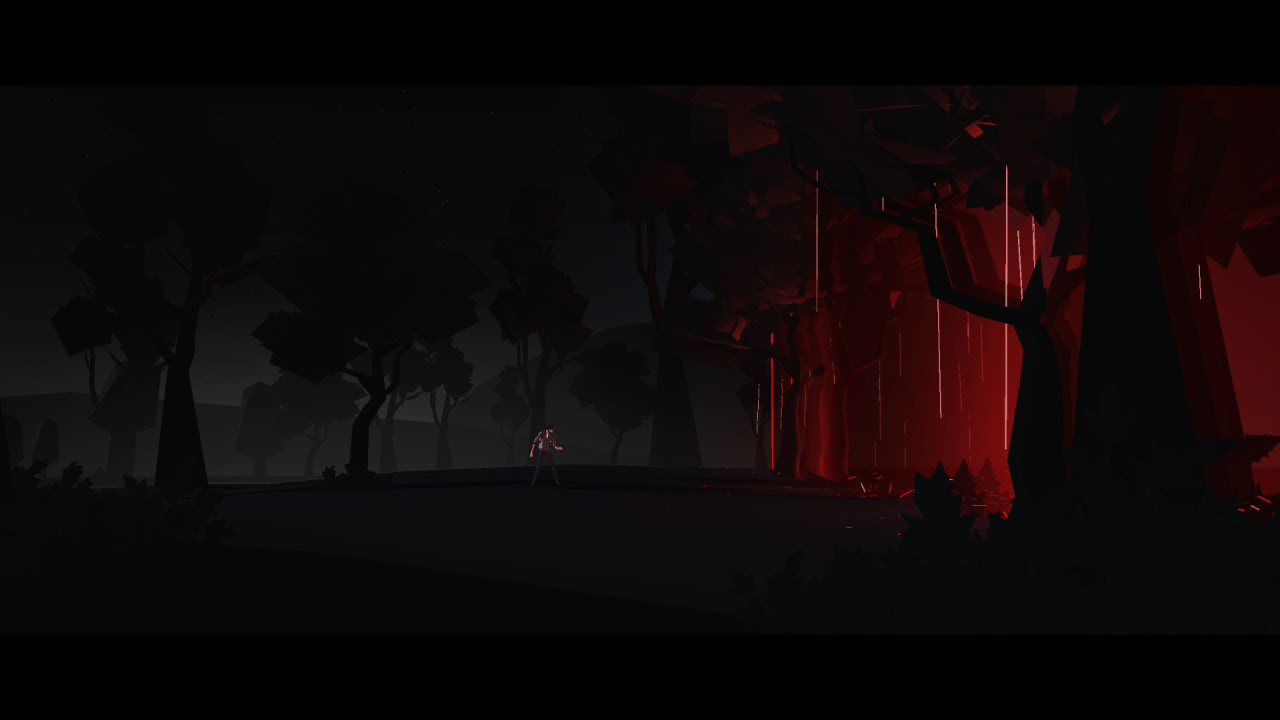 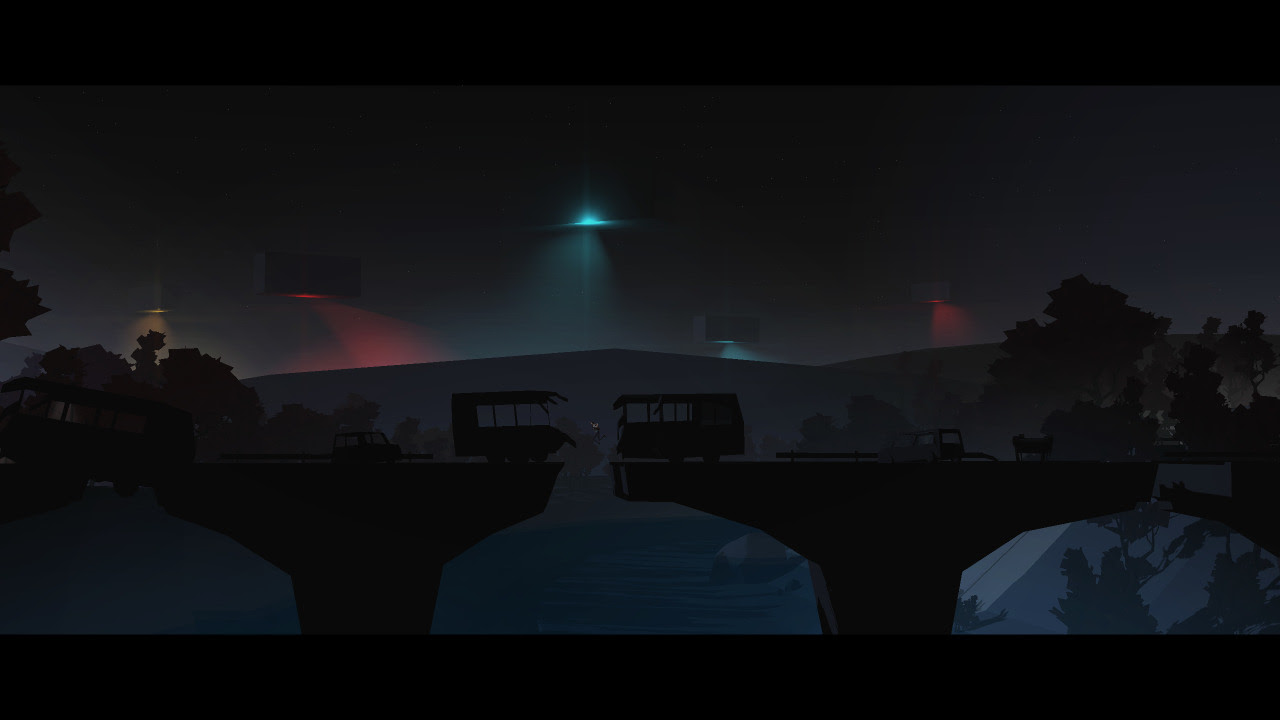 But these environments aren't just static places to be explored. Wildlife roams the woodlands and wind whips at the underbrush and other loose items like leaves and tarps.

These beautiful but dangerous levels must be traversed with caution, watching out for patrolling drones, mines and other threats. But John is as versatile and ready to fight as ever, now able to wield a knife with smooth efficiency,

Somerville's development is moving at a steady pace; you can follow its progress on the developer's Tumblr and Twitter pages.
Posted by Unknown at 8:26 PM