Title: Drive Ahead!
Developer: Dodreams Game Studio
Platforms: IOS Universal
Price: Free
---
Between games like Wrestle Jump, Badland, and others, mobile has a nice selection of fun local multiplayer games. I'm glad I recently discovered Drive Ahead, because it's a polished and fun addition to that list.
Most reminiscent of Wrestle Jump, Drive Ahead has you controlling a vehicle in wild and unusual arenas with the goal of smashing your opponent's head to earn points. It's simple and hectic, but the sheer variety of vehicles and arenas is what makes Drive Ahead stand out from similar titles. From go-karts, limos, and FI cars to tanks, garbage trucks, forklifts, and more, a sizable array of vehicles are available, each controlling differently due to their size, speed, and shape. The arenas are just as varied, ranging from simple islands with ramps to see-saw platforms. The matches only last a few seconds before entering a "sudden death" state where a random hazard appears, like descending saw blades or fireballs.

It's the little touches that give Drive Ahead its charm. A hurt driver on stretcher slides out of the back of the ambulance, bottles fall from the garbage truck when it flips upside down, and churning tires kick up dust and dirt as they barrel around the arenas. If you don't have a friend to battle, the game offers a nice selection of single player modes, including classic fights against the AI, a mission mode with various objectives, and King of the Hill. The developers have been consistently updating Drive Ahead with new arenas and new vehicles. 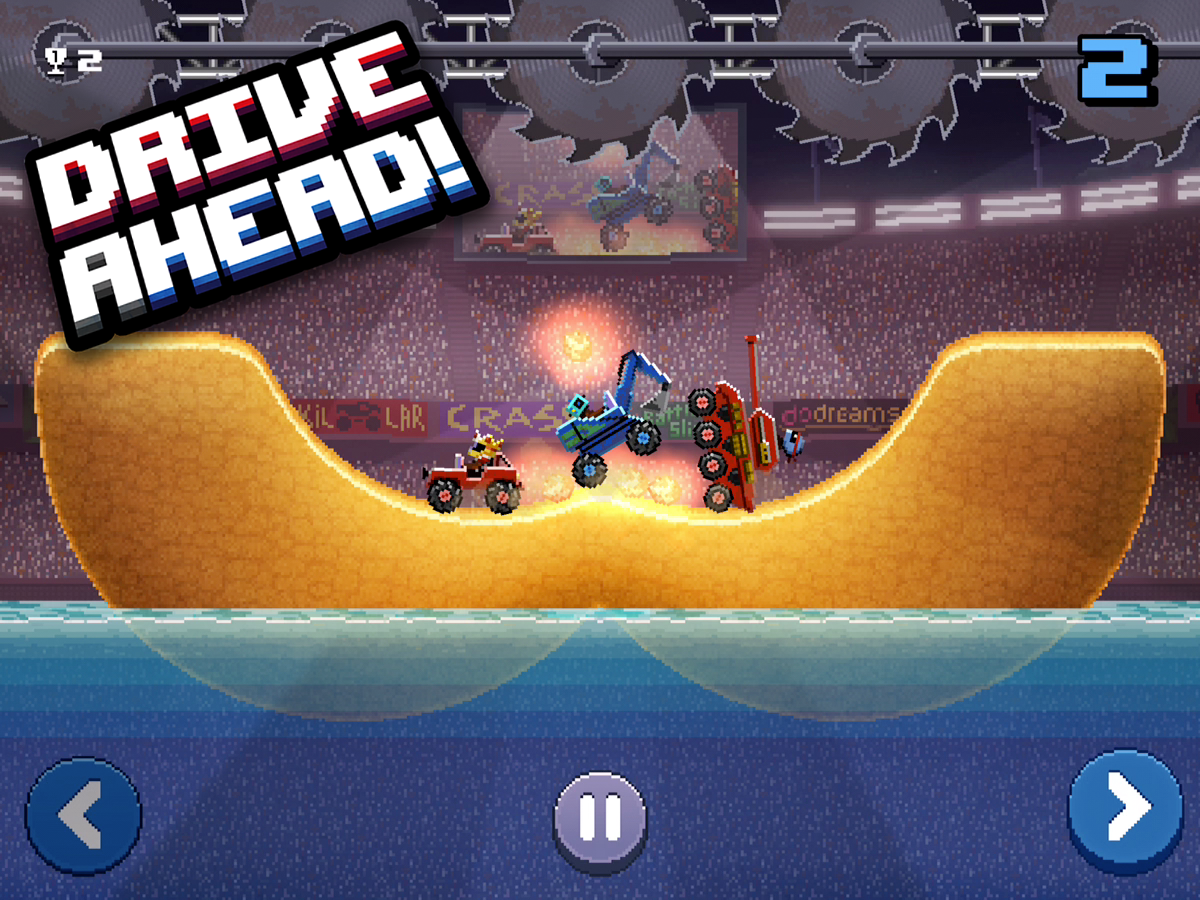 Drive Ahead is free with optional and unobtrusive IAP. You can download the game here.
Posted by Unknown at 2:29 PM