Title: Infested Planet
Developer: Rocket Bear Games
Platforms: PC, Mac
Price: $14.99
---
Between the previews, impressions, research on what's out and what's in the works, and just life in general, occasionally there are games I'd intended to write about that slip through the cracks. Infested Planet is one of those games, so I'll rectify that now and tell you why this sci-fi tactical strategy is such a fun experience.
300 meets Starship Troopers is probably the most succinct way to describe Infested Planet. Like the Spartans standing against the massive Persian forces, here you control a small squad of space marines facing overwhelming alien hordes. The extraterrestrial menace spawns in waves of hundreds from hives across the map and your tactical prowess and advanced weaponry are the only advantages against such odds. Flamethrowers, mini-guns, powerful turrets and mines, airstrikes, buffed troopers, and more allow you to bolster your squad and adapt your defenses. But your enemy is just as reactive, able to mutate new forms and abilities to counter your own tactics. 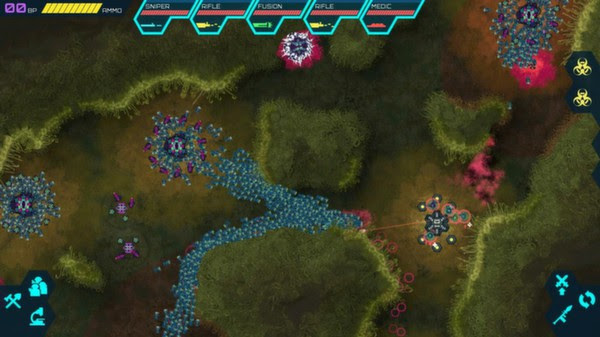 Every battle is a desperate push and pull across the map, as you destroy hives and build bases, spreading out your men and defenses to hold back the encroaching hordes. However the tide can turn at any moment; perhaps the horde mutates heavier armor, or poisonous projectiles, or creates an organic minefield. Perhaps the hive spawns alien clones of your troopers or becomes resistant to your turret fire. Suddenly your frontline is breached, and there's a panicked rush to assess and adjust your strategy. Can you sacrifice a turret maintaining a critical chokepoint to call down an airstrike? Can you manage one front while sending marines to hold back a new horde? This fluid moment-to-moment action makes Infested Planet a thrilling strategy game, forcing you to plan and reshape your tactics on the fly. 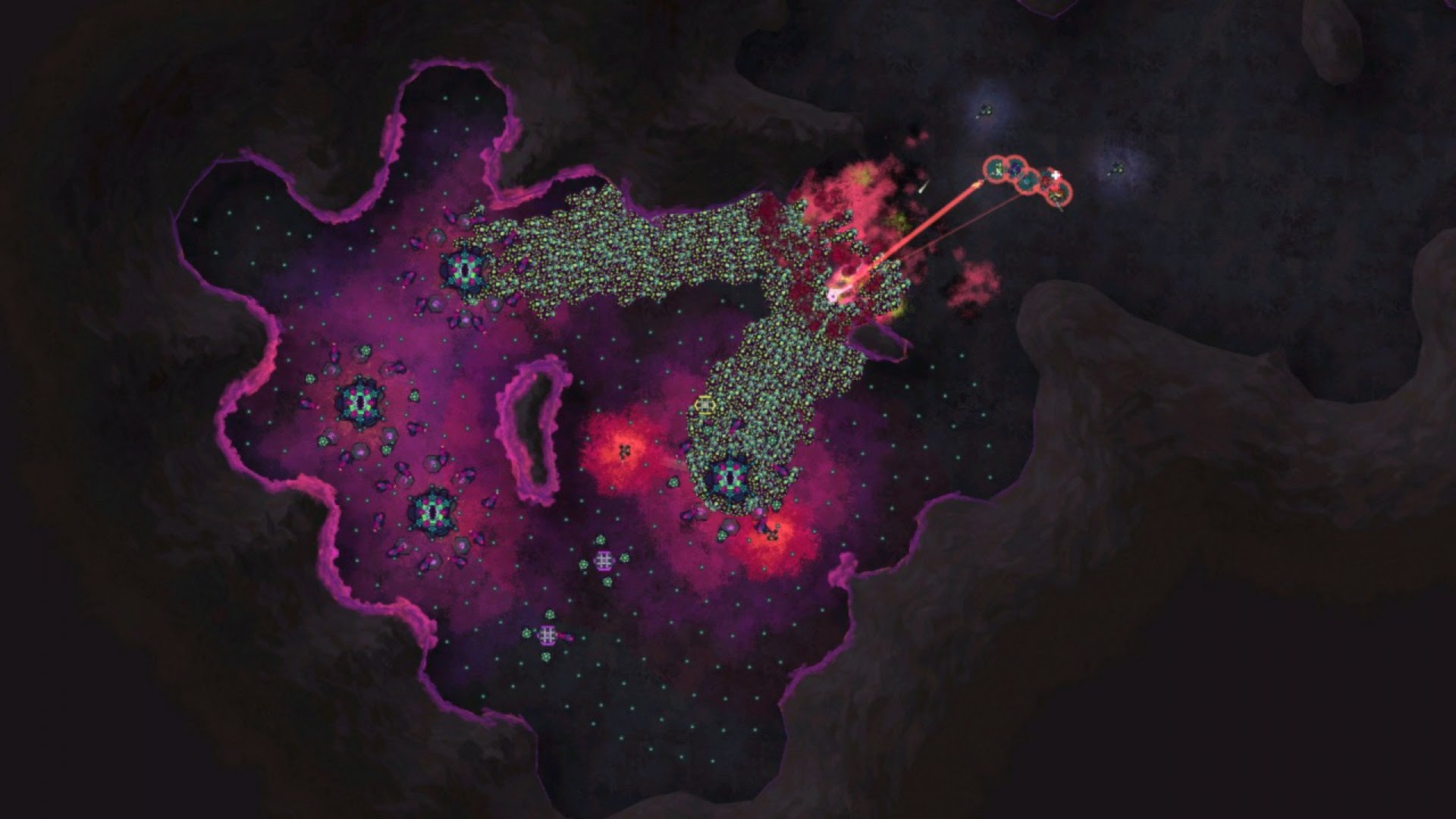 Aside from the main campaign, Infested Planet also offers a Skirmish mode, with a customizable options for added replayability, and daily challenges. A recent DLC pack added new abilities, such as teleporting and a horde-freezing Stasis Field, and an Ironman mode. You can purchase Infested Planet on Steam and directly through the developer's site.
Posted by Unknown at 3:59 PM