Title: rop
Developer: Gamebra.in
Platforms: IOS Universal
Price: $0.99
---
Don't be fooled by rop's early levels. It's quite fitting that the game's network of ropes and nodes resemble the threads of a web, as those beginning challenges introduce the core idea and mechanics before entangling your brain in tricky head-scratching puzzles. 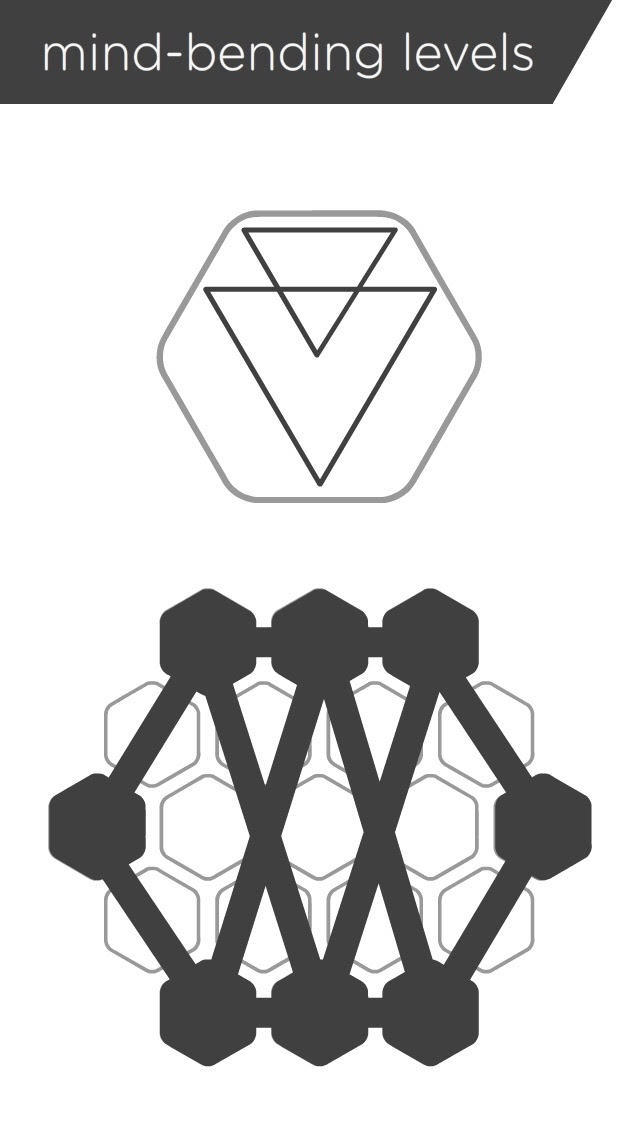 Rop's set-up is deceptively simple. The screen is divided in the two parts: the top half depicted a figure, the bottom of hexagonal grid and a network of interconnected ropes and nodes used to replicate the above figure. By manipulating the ropes, you're able to mimic triangle, rectangles, and other shapes. But soon those simple shapes grow increasingly complex and you find ropes connected and crisscrossing in odd ways. There's no time limit here, no move counter, no pressure or need to rush; rop is a calm test of your spatial aptitude, challenging you to consider the effect of every move you make. Thankfully rop is simple to control; manipulating ropes is tactile, fun, and easy. It's satisfying to see your figures take shape as you drag and shift nodes across the grid. 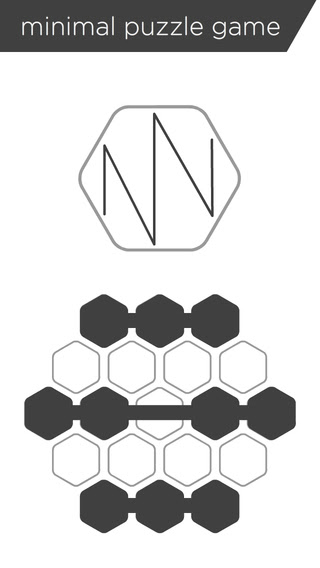 Rop offers a wealth of challenging puzzles built around a simple core mechanic and minimalist presentation. The developer is currently working on a second level pack which will introduce a new gameplay element. You can purchase rop for $0.99.
Posted by Unknown at 9:46 PM