Title: Spooklands
Developer: Luderia
Platforms: IOS Universal, Android
Price: $0.99
---
The arena shooter is one of the more ubiquitous genres on mobile, from Radiangames' popular titles to Minigore and Infinity Field. Spooklands may not have the flashy screen-filling effects or varied modes of other games, but it more than compensates with its wonderful art style and unique gameplay.
Across three arenas, each with its own diverse enemies, you evade and blow away the growing hordes. Rather than the familiar dual stick set-up, you maneuver your character by tapping the screen, your gunfire doubling as thrust. This unique control scheme gives Spooklands a different pacing than other arena shooters. You're not firing wildly while weaving between the hordes, but must instead be mindful of every gunshot, carefully clearing a path through the hordes and then being able to navigate that path. While other shooters are all visual overload and frenetic firing, Spooklands feels more subdued, as timing your shots and creating space to maneuver is as important as evasion. If you're not in control and just tap wildly, you'll likely just run headlong into an enemy.

Completing specific high score goals unlocks new power-ups to use; these power-ups spawn randomly on the map, turning your default shot into a shotgun-like spreadshot or slowing time and allowing you to line up shots without moving or increasing the size of your projectiles. Holding the screen unleashes a powerful piercing shot so timing the use of these charged shots is vital to surviving for longer periods and clearing away the overwhelming numbers of enemies. 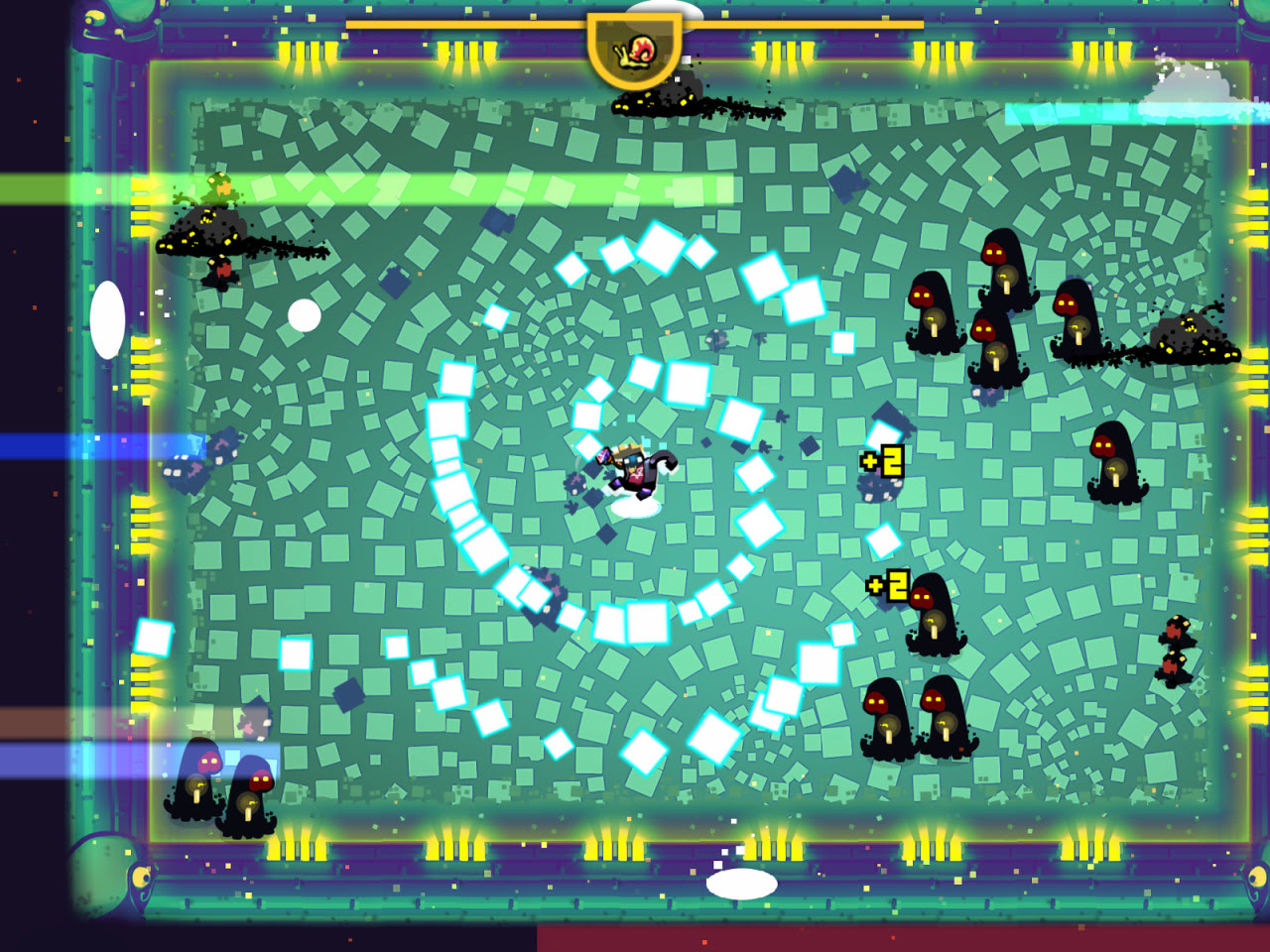